Virginia Man’s Plan To Fake His Own Death To Avoid Bankruptcy Is So Damn Confusing, There’s No Way It Could Have Worked 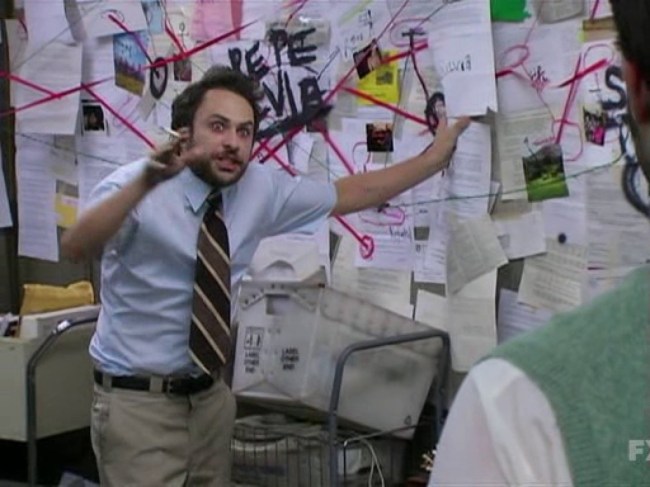 In 10th grade, my algebra teacher preached the motto “keep it simple, stupid.”

He explained that, when it came to solving complex problems, don’t add too many steps to get to the answer.

Geyer obviously never heard the “keep it simple, stupid” principle because his resolution to get out of debt is so insane, it’s almost impossible to comprehend.

Let’s break it down with help from The Daily Beast and examine how Geyer, and his wife, landed in debt.

Geyer and his wife, Patricia Sue Geyer, from Saltville, filed for voluntary bankruptcy in late 2018, listing liabilities of $532,583.80, according to court documents.

They were behind on payments for three of their four vehicles, for both their home and a rental property they owned, and for most of their furniture. They hadn’t paid electricity bills, bank overdrafts, credit card bills, and dozens of medical bills, and more than 50 creditors were chasing them for everything from their 65-inch TV to their Kawasaki ZX1000 motorbike.

Forget about algebra, Geyer never got good advice in basic math. If you make X amount of money, you can’t afford more than X.

Now, Geyer could have done the right thing and slowly paid back all his debt. Instead, the unemployed 50-year-old started weaving a tale of lies so hard to follow, he didn’t even clue in his wife.

At one point in the bankruptcy proceedings, Geyer told his lawyer, John Lamie, he’d gone to the Mayo Clinic in Florida to be treated for prostate cancer, but it had spread to his bones and he intended to stop treatment.

Four months later, according to a criminal complaint, he told Lamie he was now in a hospice in Florida after treatment failed. He said his wife was there, too, and had undergone bypass surgery for a heart condition. She wasn’t cleared to drive back to Virginia, he claimed.

Then, a few days before September 5, 2019, when Geyer was due to appear in person at a bankruptcy hearing, Lamie received an email from Geyer’s wife. Her husband was dead, it said. He’d apparently had a brain aneurysm in June while being transported back from Florida after his chemotherapy treatments.

Wow. Geyer is DEEP in the weeds. Hopefully, by this point, he came to his senses and turned himself…

Around the same time, Geyer’s attorney got a threatening email from an attorney in Florida who said he’d sold the assets that debtors were trying to recover in the bankruptcy case. “[Patricia] doesn’t know anything about this, and neither does Russell,” the email said. “I have complete control of Russell and told him to kill himself. You will not find him in time.” He ended the email by saying: “I am on a plane out of the country.”

However, investigators later found that the Florida attorney whose name was used in the email existed but had nothing to do with the case. Geyer had simply set up a bogus email account using his name.

Geyer’s next move was TO TRICK HIS OWN WIFE out of money by using the fake attorney identity out of $70,000. Geyer told his wife “he’d won a $1 million settlement in Florida in an unrelated court case but needed her to pay $70,000 in legal fees for the money to be released.”

Geyer went so far as to us a voice disguising app to pose as the Florida attorney and confirm the settlement with his wife.

Did he ask for the money in iTunes cards?!?

Finally, the lies and authorities caught up to Geyer. He went AWOL the day of a bankruptcy meeting, his wife was clued in to all the lies, and Geyer was tracked down two weeks later.

[via The Daily Beast]