Is Your Collectible Bourbon Worthless? NYT Reveals Fake Whiskey Is More Common Than You Think 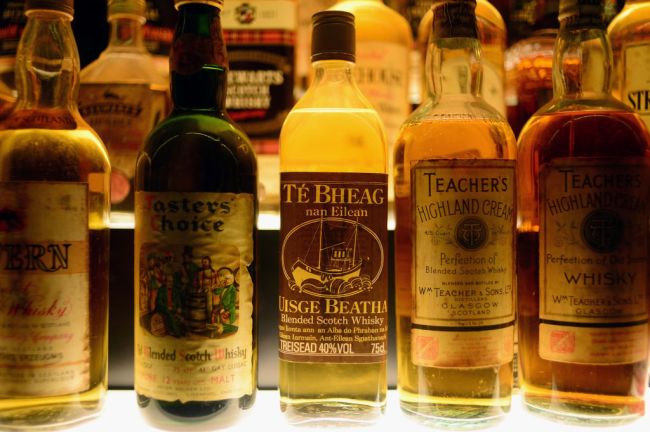 How do you know that your whiskey collection is legitimate and not fake? This is the question that many collectors ask themselves. A new report found that expensive fake whiskey and bourbon are more common than most alcohol enthusiasts realize.

Bottles of Pappy Van Winkle can command exorbitant prices of $5,000 on the secondary market. With all of the demand, some whiskey collectors and aficionados have been hoodwinked into buying counterfeit alcohol.

In a New York Times article titled, That $1,000 Bourbon You Bought May Be a Phony, the outlet noted that many alcohol investors has ben been conned.

“We’ve had fans from across the U.S. contact us to tell us they’ve been duped,” explained Mary Tortorice – general counsel for Sazerac, the company that owns Buffalo Trace.

The NYT reported, “The scammers are finding fertile ground. ‘Luxury bourbon’ was once an oxymoron; now, it’s the hottest thing in whiskey.”

RELATED: 25 Of The Best Whiskeys We Drank This Year

Sales of super-premium American whiskey nearly doubled to 4 million cases from 2016 to 2020, compared with an average growth of 30% for all American whiskeys, according to the Distilled Spirits Council of the United States.

Many distilleries continue to package alcohol bottles with common shrink-wrap seals that can be easily replicated and used to make fake whiskey look like the real thing.

In May, Inside Edition did an investigation into fake bourbon. An undercover investigator went to Acker – the oldest wine shop in the United States.

They purchased a rare bottle of Colonel E.H. Taylor – Four Grain, which is a top-of-the-line bourbon for nearly $1,000.

Inside Edition brought the bottle of suspected fake whiskey to the Buffalo Trace Distillery. John Medley – Buffalo Trace’s technical director – did a chemical analysis of the booze and said, “Based on all of the testing and observations we completed, I do not believe this bottle is authentic.”

“Part of the problem is the culture I see around bourbon, where it is about bragging rights and being able to Instagram a bottle you just bought,” said Adam Herz – a Hollywood writer and producer who is best known for creating the American Pie franchise. “Most people I see ending up with fakes are partly to blame themselves. Any good con man knows how to take advantage of someone’s greed.”

Herz told Inside Edition, “$380 for a single bottle. Why? Because that bottle can be refilled and sold for way over $2,000.”

A 2018 study at a laboratory found that over a third of rare Scotch were fake. Researchers used advanced radiocarbon dating techniques at the East Kilbride-based Scottish Universities Environmental Research Centre (SUERC) to determine the age of the spirits. Of the 55 bottles of rare Scotch, 21 were determined to be fugazi according to measured residual concentrations of a radioactive isotope of carbon present in the alcohol.

RELATED: Experts Explain How Flying Impacts The Flavor Of Whiskey And The Best Way To Appreciate It On An Airplane