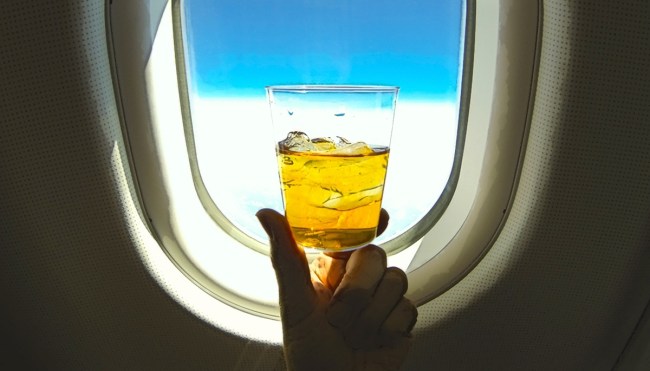 A collective of some of the most brilliant minds in history spent centuries attempting to crack the code of air travel before the Wright Brothers changed the transportation game in Kitty Hawk in 1903. However, more than a hundred years later, the fact that we can hop into a metal tube capable of soaring tens of thousands of feet above the surface of the Earth and be transported thousands of miles over the course of a few hours is something most people take for granted.

For the most part, air travel isn’t the luxurious experience it once was when the likes of Pan Am and TWA ruled the skies. I know I’m far from the only person out there who relies on a steady stream of adult beverages to make the experience more enjoyable, and there is perhaps no better feeling on the planet than making it through security and heading to the magical oasis that is the airport bar.

With that said, there are a few airlines that go to great lengths to make flying not only tolerable but actually enjoyable, and there’s perhaps no better example than Emirates. The Dubai-based carrier may be best known for its insane first-class suites and the unreal luxury bar travelers who are flying in unparalleled style have access to, but the amenities it offers to all of its fliers are practically unparalleled in this day and age.

I recently got the chance to get a first-hand taste of some of the whiskey Emirates offers on its flights and chat with some experts who shed some light on the impact altitude has on the spirit—as well as the best way to properly appreciate it while you’re gazing down at the clouds.

A number of studies have examined the impact the various elements we’re subjected to while flying have on our taste buds, and the legitimate answer for “What’s the deal with airline food?” is that your ability to perceive sweet and salty flavors takes a noticeable nosedive when you’re traveling at 30,000 feet.

This results in many drinkers opting for bolder options while on an airplane, and if you instinctively order a Bloody Mary when the flight attendant gets to your aisle, you’re not alone. Darren Bott, the Vice President of Catering, Global Food & Beverage at Emirates, says that particular cocktail is among the most popular alcoholic drinks the airlines serves (the mojito, Aperol Spritz, Cosmopolitan, and Kir Royal round out the top five).

Bott also addressed the impact altitude alone has on taste perception and suggested it can be a bit overstated, saying, “in modern aircraft, the air pressure is similar to that of a ski resort at 8,000 feet. In fact, it is often more the travel environment coupled with being in a temperature/cabin pressure/humidity-controlled confined space that changes the perception of the flavor of drinks.”

That combination of factors means airlines need to be a bit more discerning about what they serve, and Emirates has curated a  lineup of different types of whiskey that allows it to cater to the preferred tastes of customers while making sure the specific varieties offered onboard manage to hold their own:

“When putting together our drinks menus, our starting point is to look at what our customers are drinking. Although American whiskey is quite popular, our mainstay is single malt whisky in premium cabins, followed by blended scotch.

We have also noticed that Bourbon is increasingly popular, particularly small-batch bourbons (we also serve Bourbon cocktails onboard).”

Jack Daniels is the go-to American whiskey for flyers in Economy, but Emirates has also partnered with Woodford Reserve to give fliers in premium sections a more premium option. The Kentucky-based producer has long-prided itself on a flagship bourbon its head distiller says has more than 200 detectable flavors, and while some of those may take a bit of a backseat in the cabin, the noticeable notes of oak really get a chance to shine.

I was also lucky enough to get a taste of what may be the crown jewel of the Emirates whiskey lineup: King Alexander III from The Dalmore, which is a criminally smooth scotch served up to travelers in first-class. Bott says that particular option (and the other single malts offered onboard) is ideal for complementing the “rich and smoky flavors found in meats and fish,” but if you’re looking to elevate a glass of any whiskey (whether you’re sipping it neat or on the rocks), it’s hard to go wrong with foods containing fruit, cheese, and nuts that bring out similar notes you’ll encounter.

At the end of the day, no one’s stopping you from ordering yet another Bloody Mary the next time you fly, but if you’re the kind of person that instinctively pours ginger ale into any whiskey you’re served on an airplane, you might want to think twice about giving the drink the respect it deserves.