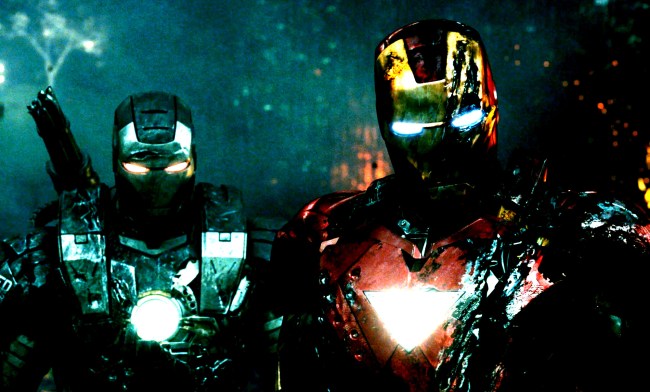 For something a little bit on the lighter side (well, sort of) today, I present to you this highly entertaining, and hilariously well-done, fan-created video mashup of the Marvel Cinematic Universe cut up to make it appear as if the entire 23 film franchise was nothing more than one really, really long horror movie.

That’s right. A fan took the most appropriate parts of all of the Marvel Cinematic Universe films, cut them up and mashed them back together to create what appears would be one heck of a solid horror flick.

It’s even got some pretty good jump scares, which as everyone knows is an absolute staple of the horror movie genre.

“You… could… have… saved… us,” Captain America tells Tony Stark in this updated version of the MCU.

“None of this would have happened if you’d just listened to me!” Peter Parker shouts.

“And I’m the man who killed the Avengers,” proclaims Tony Stark.

Now THAT, right there, is something that is definitely straight out of a horror movie.

“All that for a drop of blood,” smirks Thanos.

It really is quite a masterpiece of cinema when spliced together properly.

Martin Scorcese would be proud.