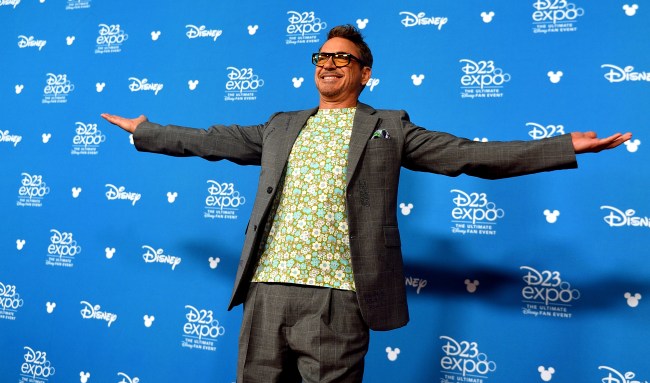 Last week, legendary movie director Martin Scorcese decided to create some buzz for his upcoming movie The Irishman by saying all of the Marvel Cinematic Universe movies, of which around 54 percent of adults aged 18 to 34 have seen one or more of them, are “not cinema.”

Scorcese’s exact words were, “I don’t see them. I tried, you know? But that’s not cinema.” And then he compared them to theme parks.

“It isn’t the cinema of human beings trying to convey emotional, psychological experiences to another human being,” Scorcese added.

Guardians of the Galaxy director James Gunn said he was “saddened” by Scorcese’s view of Marvel films.

Joss Whedon, the writer and director of The Avengers and Avengers: Age of Ultron also didn’t appreciate it.

“It isn’t the cinema of human beings trying to convey emotional, psychological experiences to another human being.”

I first think of @JamesGunn, how his heart & guts are packed into GOTG. I revere Marty, & I do see his point, but...

Samuel L. Jackson told Variety, “I mean that’s like saying Bugs Bunny ain’t funny. Films are films. Everybody doesn’t like his stuff either.”

The final word on Scorese’s view of Marvel movies very appropriately came from the main man in the MCU, Robert Downey, Jr., during his appearance on The Howard Stern Show on Monday.

“I’ll tell you the truth. I didn’t expect it to become what it became and it is this very large, multi-headed Hydra at this point. I’ve always had other interests and according to Scorsese, it’s not cinema so I have to take a look at that, you know?” said Downey.

“It’s his opinion,” Downey added. “I mean it plays in theaters. I appreciate his opinion because I think it’s like anything. We need all of the different perspectives so we can come to center and move on.”

Then Downey proceeded to drop the mic, telling Stern he wasn’t insulted by Scorcese’s comments because “it makes no sense.”

Stern then asked RDJ if he thought Scorcese was jealous of all the money Marvel movies make.

“Of course not, he’s Martin Scorsese,” Downey responded. “By the way, there’s a lot to be said about how these genre movies — and I was happy to be a part of the ‘problem,’ if there is one — denigrated the art form of cinema. When you come in like a stomping beast and you eliminate competition in such a demonstrative way, it’s phenomenal.”