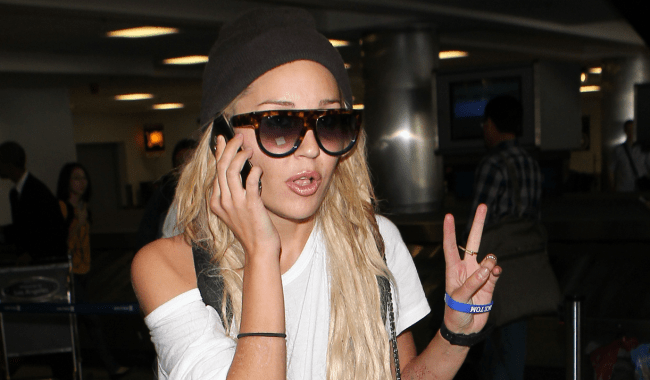 After nine years of trials and tribulation, former Nickelodeon star Amanda Bynes’ conservatorship was officially terminated on March 22 of this year.

The conservatorship was implemented in 2013 when Bynes’ parents requested it after the actress was involuntarily committed to a psychiatric hospital for a series of erratic displays of behavior including reportedly setting fire to her dog in a neighbor’s driveway.

In the lead up to Bynes being granted her independence, her lawyer David A. Esquibias told Entertainment Tonight, “Bynes has done very well in a very short period of time that she’s been [living at the structured community for women.] Now she’s able to live on her own independently and free of the conservatorship. Besides normalcy as a person and a student, I know that she is looking forward to what her next step is going to be.”

One of those steps, according to her lawyer, was believed to be Bynes getting into the perfume game in addition to a new clothing line.

Before that happens, however, the now 35-year-old Bynes and her fiancé Paul Michael have apparently been back in the studio as the pair dropped their second rap single on Sunday titled “Fairfax”.

She also posted the new single on YouTube where it has so far gotten about 1,800 views.

Bynes, in the comments of the YouTube video, also shared a link to the song on Spotify.

Over on Twitter, Bynes also received numerous compliments, though not everyone was a fan.

hear me out, this one is better than Diamonds pic.twitter.com/soYpE6EUiC

The Queen is back!!! @amandabynes

coming to end megan and cardi

Regardless of what anyone thinks of her music, it’s definitely a positive step towards maybe even getting back into acting as Bynes said she hoped to do in a 2017 interview.