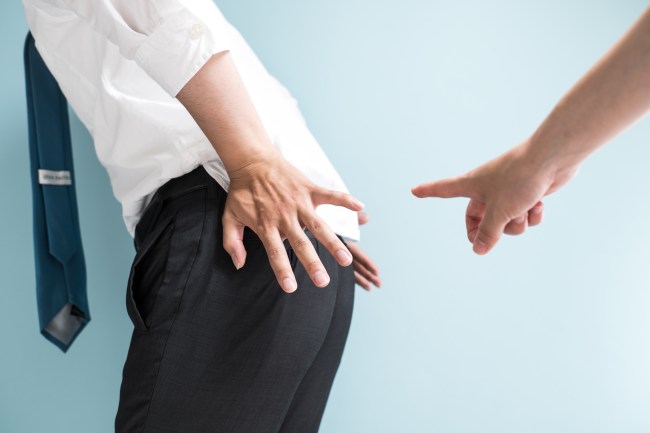 You know that feeling where you just can’t hold in your fart? It typically happens at the worst time, right, like in an important meeting, a job interview, or, of course, while on a date with a girl. We all clench like hell to prevent one from sneaking out, making our stomach rumble and the rest of our body uncomfortable, but, damn it, it has to be done to save ourselves any sort of embarrassment.

Problem is, holding in a fart isn’t the smartest thing in the world, because it’s been proven by some smart people to, potentially, do some harm to your body.

Well, a new study suggests that holding in farts is bad for another reason — and it’s because it can actually be sent back through your gut and out your damn mouth. Talk about your breath (literally) smelling like sh*t, right?

The research comes from Mental Floss, who talked to Clare Collins, a nutrition and dietetics professor at the University of Newcastle, to explain how this nasty phenomenon is possible.

“Holding on too long means the build up of intestinal gas will eventually escape via an uncontrollable fart,” Collins writes. In this case, the fart comes out of the wrong end. Talk about potty mouth.

In the same Mental Floss article, it references a study in which scientists had 10 healthy volunteers eat a can of baked beans to complement their regular diets, then were given a rectal catheter to measure the amount of farts they released over a day’s period. The results? Men and women basically fart at the same frequency during 24 hours, having eight “episodes”, so it’s nothing to be ashamed of, fellas.

In addition to releasing a fart and just “letting it go,” per Collins’ advice, holding in farts can lead to burping, bloating and pain, and, in rare cases, can cause infections like diverticulitis; sounds fun!

Look, farts are funny, guys, so letting ’em rip when you’re alone on your couch is totally fine (and healthy). Keeping ’em silent while in pubic is important, too, and not because you don’t want to be the culprit letting one slip around people, but, according to this research, so it doesn’t come out your mouth to stink up a room.