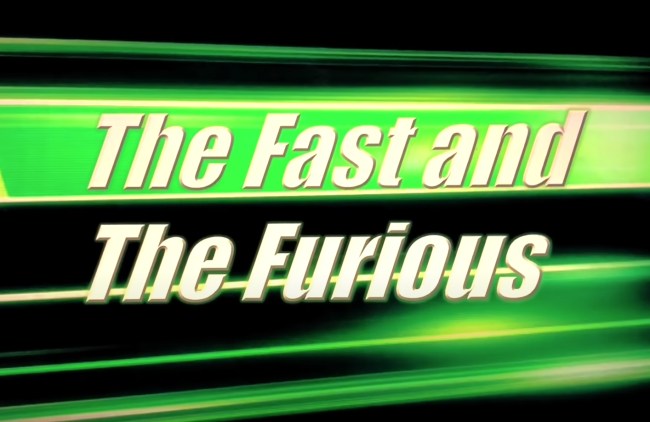 Two roommates set out during the past few months of lockdown to try and remake The Fast and the Furious for as cheap as possible. Their total budget came in at $91.96 on props including toy water guns and wigs. The most expensive item used is a $29.99 toy helicopter.

They didn’t remake the film shot-for-shot but the final cut came in at over 20 minutes which is pretty impressive for only spending $91. With that said, this is not good. It’s great, but this is certainly not good. It is a work of art. But art is subjective. While I might think this deserves to be in the Museum of the Moving Image you might think this deserves a B- on a H.S. final project. I’m right, you are wrong.

The ‘Budget Boyz’ ran as cheap as possible for this. Spending money on the following (with tax):

I wanted to share the trailer with you gentlemen first since the trailer only runs 48-seconds but if you want to watch the full film (20 minutes) I’ve included that clip below as well.

Am I suddenly overwhelmed by a suffocating sense of guilt for not being more productive during the quarantine months and remaking JCVD’s Bloodsport shot-for-shot? No. But it would be a fun Summer project as that was easily the most influential movie of my early childhood.

Here’s the full-length film for anyone out there who wants more:

It seems like this will now be an ongoing project from the ‘Budget Boyz’ on YouTube. You can click that link to visit their channel and subscribe if you want to keep up with what they’re doing going forward.