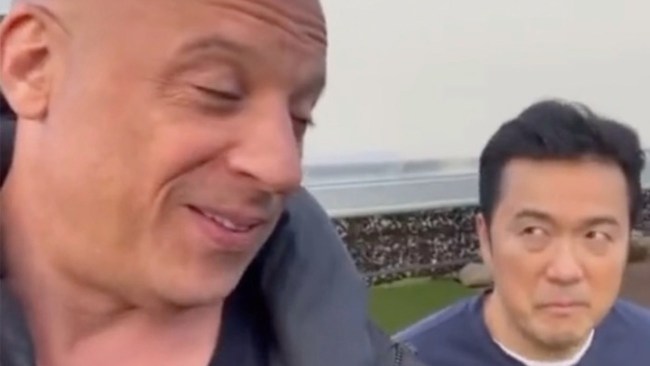 Universal Pictures better hope that audiences still have an appetite for the long-running Fast & Furious franchise next summer, as reports indicate that the departure of director Justin Lin has caused the budget of the project to swell to over $300 million.

According to a report from the New York Daily News, Lin — who is apparently giving up “$10 or $20 million” — became exasperated by Diesel, who allegedly showed up late, out of shape, and didn’t know his lines.

Sources tell THR that Fast 10′s budget was hitting upwards of the $300 million mark, and that is without any marketing and publicity spend. Over a hundred million of that is for above-the-line costs, which have ballooned over the years and see the studio juggling high seven- and eight-figure salaries for actors such as Charlize Theron, whose part has only grown, latest newcomers Jason Momoa and Brie Larson, and veterans Michelle Rodriguez, Ludacris and Tyrese Gibson. All those figures pale in comparison to the fees coming Diesel’s way. [via The Hollywood Reporter]

THR also notes that the delay caused by Lin’s departure was costing the production “a million dollars a day to keep crew and locations on standby.”

Following the departure of Justin Lin — who previously helmed The Fast and the Furious: Tokyo Drift, Fast & Furious, Fast 5, Fast & Furious 6, and F9 — Louis Leterrier, the filmmaker behind The Incredible Hulk and Now You See Me, will direct the film.