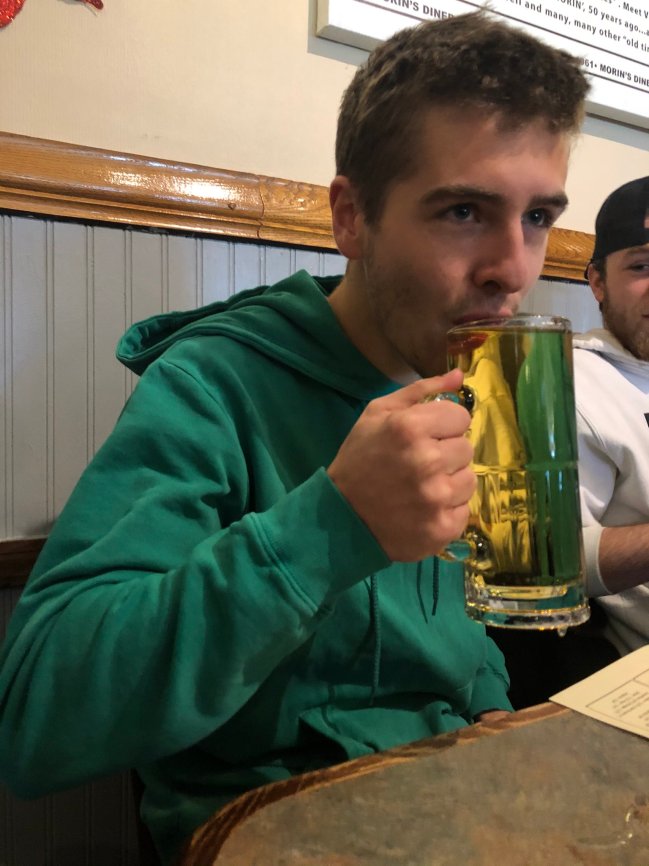 Matt Goodman turned 21 years old earlier this week but wasn’t able to share his first beer with his dad. Even still, his father John, who passed away six years ago, wanted to be sure that he purchased the first legal libation for his son. That’s exactly what he did.

Before he passed, John gave Matt’s sister Casey a $10 bill and told her to save it for her brother’s 21st birthday. Casey and their mother kept hidden in a secret closet for six years until this past weekend, when they gave Matt the $10 on the night prior to his big day. The family went out to breakfast the next morning and John bought Matt his first legal beer. He ordered a Bud Light, his dad’s favorite.

almost 6 years ago before my dad passed he gave my sister this 10$ bill to give to me on my 21st birthday so he could buy me my first beer, cheers pops havin this one for you! pic.twitter.com/oaIulpEJTc

His social media post went viral, and after catching wind, Budweiser decided that the next few rounds would be on them. Eight cases arrived at the Goodman’s home a few days later.

Thanks @budweiserusa i think i got my next few beers taken care of!!! pic.twitter.com/w0Txl413sZ

The story that came of Matt’s first legal beer is one that deserves to be told and is classic case of a dad wanting to take care of his son— even after he is gone. Surely it was the best beer he will ever have.

As his tweet blew up, Goodman received many requests for his Venmo so people could send him money for the next round. Matt chose not to share his username and instead asked that any potential beer money be donated to the Dana-Farber Cancer Institute.

“Appreciate all of you asking for my venmo, but instead if you wanted to send money feel free to donate any amount to Dana Farber they did a lot for my dad so that would be much appreciated!” he said.