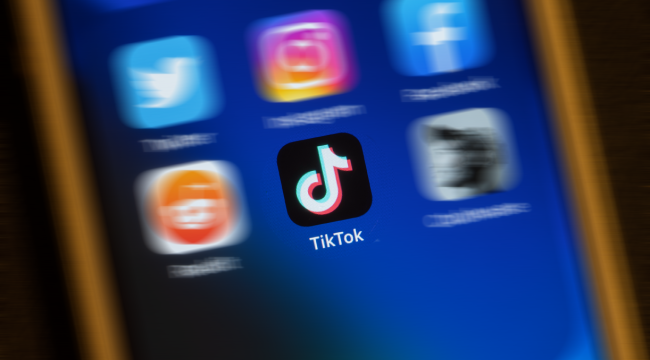 Popular video sharing app TikTok is once again in hot water with the United States government. A top-ranking official with the Federal Communications Commission (FCC), Brendan Carr, has published an open letter demanding Apple and Google remove it from their iPhone and Android app stores.

“TikTok is not what it appears to be on the surface,” Carr wrote. “It is not just an app for sharing funny videos or memes. That’s the sheep’s clothing. At its core, TikTok functions as a sophisticated surveillance tool that harvests extensive amounts of personal and sensitive data.”

Carr goes on to state, “TikTok collects everything from search and browsing histories to keystroke patterns and biometric identifiers, including faceprints – which researchers have said might be used in unrelated facial recognition technology – and voiceprints. It collects location data as well as draft messages and metadata, plus it has collected the text, images, and videos that are stored on a device’s clipboard.”

TikTok is not just another video app.
That’s the sheep’s clothing.

It harvests swaths of sensitive data that new reports show are being accessed in Beijing.

I’ve called on @Apple & @Google to remove TikTok from their app stores for its pattern of surreptitious data practices. pic.twitter.com/Le01fBpNjn

It collects search and browsing histories, keystroke patterns, biometric identifiers, draft messages and metadata, plus it has collected the text, images, and videos that are stored on a device's clipboard. pic.twitter.com/GKheArMM5X

Tiktok’s pattern of misrepresentations coupled with its ownership by an entity beholden to the CCP has resulted in U.S. military branches and national security agencies banning it from government devices.

Bipartisan leaders in both the Senate and House have flagged concerns. pic.twitter.com/yLZ6NpQm4E

Numerous provisions of Apple’s & Google’s policies are relevant to TikTok's pattern of surreptitious data harvesting—a pattern that runs contrary to its public representations.

And there’s plenty of precedent for holding TikTok accountable by booting it from these app stores. pic.twitter.com/QH1w4ERDdb

TikTok is still illegally harvesting user data, according to a new report

The FCC commissioner’s demands come on the heels of a Buzzfeed News report which cited TikTok employees claiming that engineers in China had access to U.S. data and that the U.S. staff of TikTok “did not have permission or knowledge of how to access the data” while their colleagues in China did.

“Everything is seen in China,” said a member of TikTok’s Trust and Safety department in a September 2021 meeting. In another September meeting, a director referred to one Beijing-based engineer as a “Master Admin” who “has access to everything.”

TikTok was previously ordered to be banned from all U.S. app stores in September of 2020. Those efforts were blocked by federal judges, then the Biden administration lifted the order, saying it would conduct a national security review of the app. This investigation is still ongoing.

According to Fortune, TikTok paid $92 million in early 2021 to settle privacy lawsuits.

Many on the internet agreed with Carr’s demands for the removal of TikTok from American app stores.

The security risks from this are huge (and we have known about this for years) https://t.co/Kt3ruMJdnH

Warned about TikTok two years ago. A ban on TikTok is long overdue https://t.co/zp1ZBjwDDY

India knew and promptly banned the app. Here is my thread on #TikTok : https://t.co/gm9qrbzdia

Unfortunately the people that use the app don’t care.