TikTok Will Be Banned From The App Store Starting Sunday 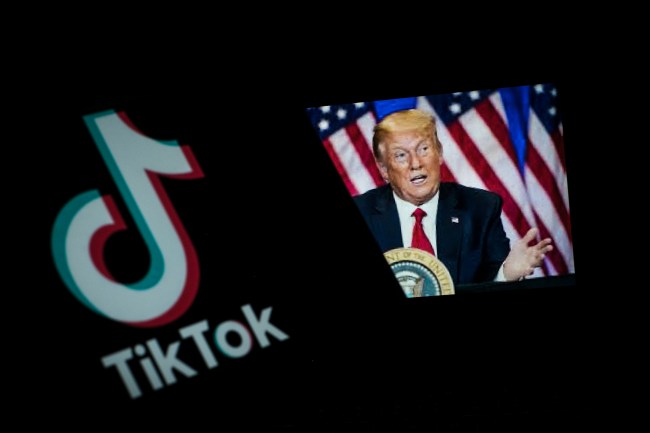 People with TikTok on their phones will still be able to use the app, but the experience will degrade without software updates https://t.co/IbfGtJ7nTH pic.twitter.com/Z8DxgRqBtG

As if the experience of using TikTok wasn’t degrading enough, it’s about to get even worse. Starting Sunday, Trump has banned TikTok from the app store, along with WeChat.

NY Times– The Trump administration said Friday it would bar the Chinese-owned mobile apps WeChat and TikTok from U.S. app stores as of Sunday, striking a harsh blow against two popular services used by more than 100 million people in the United States.

Mr. Ross portrayed the threat from the apps in stark terms, likening it to a window between the U.S. and China that allows Beijing to peer into the everyday lives of Americans.

“What they collect are data on locality, data on what you are streaming toward, what your preferences are, what you are referencing, every bit of behavior that the American side is indulging in becomes available to whoever is watching on the other side,” he said. “That’s what we’re trying to squelch.”

If you’d told me last week that the Trump administration was going to ban TikTok, I might have said ok, Boomer. Ha nah, I wouldn’t have, because nobody should ever say that ever again. But it would have felt like an out of touch effort from the government to curb an app beloved by teenagers.

And then I watched The Social Dilemma. And now I applaud this move. Hell, let’s ban Facebook, Instagram, Twitter… let’s torch them all. That movie scared the defecate out of me. I can’t delete Twitter and Instagram because I’m a weak-willed noodle boy, but if the government were to ban them for me… well, I’d have no choice. No choice but to immediately download a VPN and use them illegally. And it seems like people are preparing for this scenario:

Americans are about to discover VPNs, which the rest of us have been using for years to make the internet think we’re Americans

If you’re not familiar, a VPN is a virtual private network. I won’t even try to explain how it works because I don’t have a clue but essentially, a VPN allows you to log in to apps and websites even when the country you’re in has blocked them. So, that was easy.

Oracle is still in talks to potentially buy TikTok, but it remains to be seen what sort of restrictions might be imposed on a deal. For now, I’d say download TikTok before Sunday and enjoy it in that version, because it doesn’t appear that any updates will be available after this weekend.