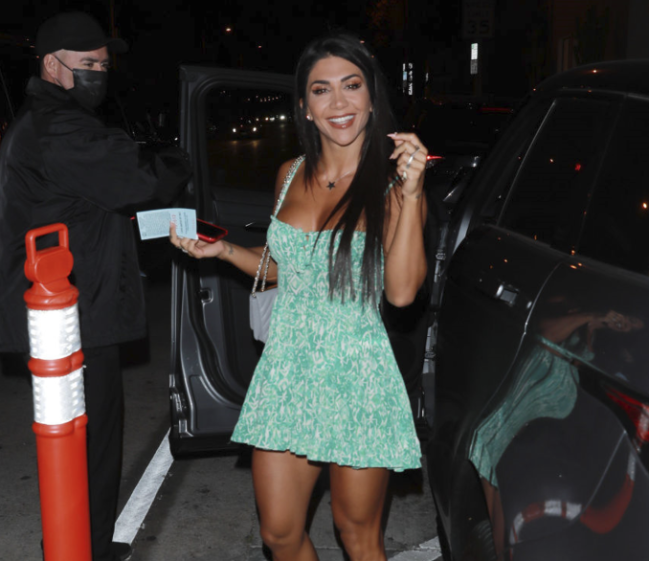 While everyone is focusing on covering up their faces when going on air travel, a female bodybuilder learned that airlines will also ban you from flying if you don’t cover up other parts of your body. Deniz Saypinar was barred from a recent American Airlines flight because her Daisy Dukes outfit was deemed as “offensive” by the airline.

Deniz Saypinar attempted to board an American Airlines flight from Dallas to Miami on July 8. American Airlines staff at the Dallas/Fort Worth International Airport stopped the female bodybuilder from boarding the flight because they declared her clothing to be “offensive.” Saypinar was wearing denim shorts that were considered by the airline crew of being “too short.” She was also wearing a tight brown tank top that exposed her stomach, and a white jacket tied around her waist.

Saypinar, who is an Instagram model with over 1 million followers, took to social media to vent her frustrations about being banned.

“I like to wear feminine clothes that reveal my femininity, but I never dress in a way that will offend anyone,” she posted on her Instagram story, as reported by the Dallas Morning News. “I’m mature and civilized enough to know what I can and cannot wear.”

RELATED: Airline Threatened To Kick Off 21-Year-Old Woman From Flight For ‘Inappropriate’ Outfit

Deniz Saypinar claimed that the airport staff said she was offending other travelers and their families with her outfit.

“They literally didn’t take me to the plane because they say, ‘You’re naked and you offend other families,’” she said, according to the Independent.

The female bodybuilder said she didn’t deserve to be treated like the “worst person in the world for wearing denim shorts.”

She asked her followers, “What separates us from animals if humans can’t control even their most primitive impulses?”

“Just let women be free,” she said tearfully in the video.

RELATED: OnlyFans Model Says She Was ‘Humiliated’ After Being Told To Cover-Up ‘Inappropriate’ Outfit On Flight

Saypinar, who is a social media influencer, said she moved from Turkey to the United States to “experience freedom,” but was shocked by the “ridiculous” restrictions that prevented her from boarding a flight.

Deniz Saypinar, 26, is the first woman from Turkey to have received the International Federation of BodyBuilders (IFBB) status. She is also the first non-U.S. citizen to have won the U.S. National Bikini Fitness Competition, which she did in 2021.

American Airlines confirmed the incident in the statement, according to the Star-Telegram.

“On 8 July, American Airlines denied boarding for a customer traveling from Dallas-Fort Worth to Miami,” the statement reads. “As stated in the conditions of carriage, all customers must dress appropriately and offensive clothing isn’t permitted on board our flights.”

“The customer was advised of our policy and was rebooked on a subsequent flight,” American Airlines stated. “The customer has since arrived in Miami.”