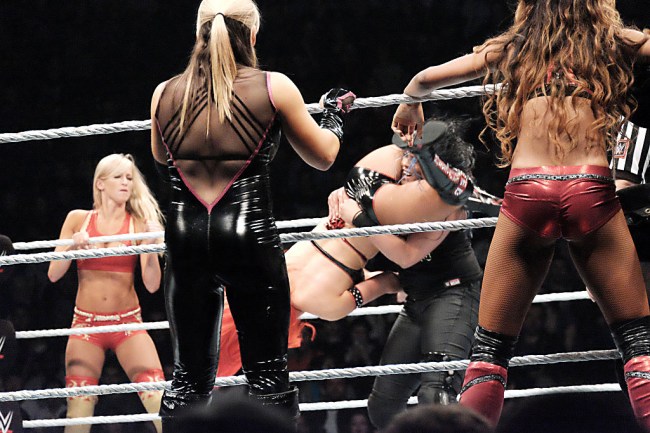 Eva Marie was a WWE wrestler since 2013, where she became the manager of the Bella Twins and starred on the wrestling show Total Divas. Coyle is now a fitness model, actress, and fashion designer. Last week, Eva Marie was barred from entering the Qantas business class lounge because of what she was wearing.

Natalie attempted to enter the Qantas Airways business lounge at Australia’s Melbourne Airport last Thursday, but was barred entry. Qantas employees said that her clothing was inappropriate for the lounge. At the time of the alleged incident, Coyle was wearing a sweatshirt and yoga pants, which seems like perfectly comfy clothing for flying, especially for long flights.

In 2020 @qantas airlines Melbourne won’t allow a woman holding a business class ticket to enter their business class lounge in active wear. My business IS fitness and an active lifestyle. Qantas prefers their women in a dress. #genderdiscrimination #qantas pic.twitter.com/j7XbvKvBrY

Natalie was not joking when she said her “business is fitness.” She is a fitness model on Instagram and has her own line of athletic apparel.

Eva Marie said there was gender discrimination because her husband, Jonathan Coyle, was able to enter the same business lounge in his activewear. Natalie shared a pic of what her husband was wearing and tweeted out: “This is NOT a dresscode issue, I support a businesses right to enforce equitable dresscode standards. However, My husband was allowed in no problem wearing this. While I was kicked out wearing this. My issue is that standards should be equitably enforced @Qantas.”

Clarification: This is NOT a dresscode issue, I support a businesses right to enforce equitable dresscode standards. However, My husband was allowed in no problem wearing this. While I was kicked out wearing this. My issue is that standards should be equitably enforced @Qantas pic.twitter.com/HSbLVc4W62

According to the Qantas website, their dress code is “smart casual.” The guidelines posted on the site prohibit the following articles of clothing:

Based on the Qantas guidelines, Eva Marie violated their rules for her “head-to-toe gym wear.” But the question is, does her husband also violate their dress code? And if so, why was he able to gain access to the business lounge and not Natalie?