Fighter Jet Cockpit Audio Recorded During UFO Encounter: ‘It’s Not An Airplane, What Is This?’ 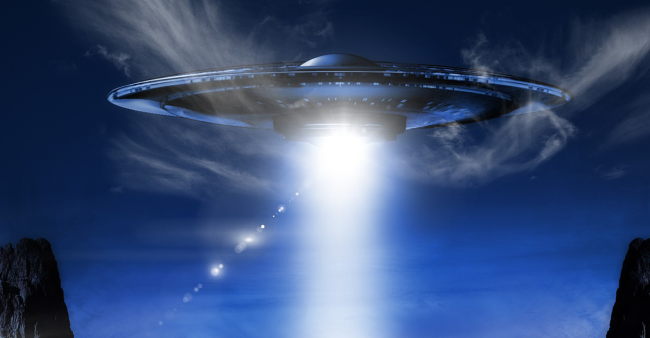 The documentary filmmaker who claims footage exists of an alien captured in the Varginha Incident, AKA Brazil’s Roswell, has now also revealed shocking cockpit audio of a fighter jet pilot during a harrowing UFO encounter.

That fighter jet pilot was just one of at least five air force pilots to have had a UFO encounter that night.

During the “Night of the UFOs,” as it is often referred to, the five pilots reported seeing up to 21 UFOs appear and disappear in the night sky.

Hundreds of witnesses on the ground also reported seeing the UFOs which were estimated to be moving at up to 11,500 miles per hour.

He spotted a light in the sky from the control tower of an airport near the city of Sao Paulo.

“It doesn’t go up or down, it doesn’t go to the left or to the right, it’s just standing there”, he said

Mota asked controllers at Sao Paolo’s international airport if any planes were heading to his airfield, to which they replied there weren’t.

At one point he said he dimmed the lights on the airport’s runway, making the objects come towards the control tower and then, when he turned up the brightness, they moved away.

“Whether they were trying to interact with me, I don’t know. What I do know is that they behaved intelligently,” he told the BBC.

“It’s not an airplane, what is this? There is three of them?” the pilot reports to the control tower.

“There’s even more,” he continued.

The audio can be heard in a new documentary called Moment of Contact by director James Fox.

Includes original audio from the São Paulo control tower of a 1996 UFO event over Brazil. The Ministry of the Air Force confirms this encounter in a press conference.
📺 https://t.co/aWQxB3hHw7 pic.twitter.com/Htot6jTaV1

That night, 2000 cadets and officers from an air force training school, a plane piloted by the president of aircraft maker Embraer, and two passenger planes also saw the UFOs.

Initially three planes were sent up, including a Mirage F-103, which took off at just before 11pm with Captain Armindo Sousa Viriato at the controls.

Soon his high performance warplane hit 1,000mph but as he closed in on the UFO, it accelerated to a speed he calculated as 15 times the speed of sound, or 11,500mph.

“If there is a plane that can develop that speed, I don’t know of it,” he said in an interview a few years later.

In 2009, a report on the night concluded that the air force is “of the opinion that the phenomena are solid and reflect, in a certain way, intelligence” due “to the ability to follow and maintain a distance from observers, as well as to fly in formation.”