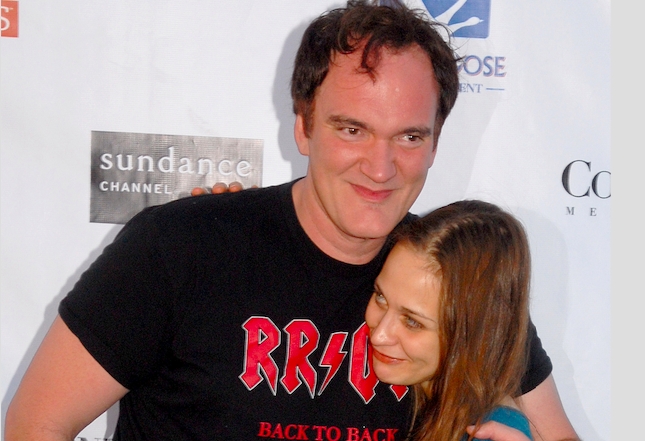 I’d imagine being in a room with Quentin Tarantino after he snorted a couple alligator tails off the coffee table is akin to being in Times Square on New Year’s Eve. Chaotic energy met with the inability to leave to take a shit.

Brad Pitt recently said of QT: “He’s the only guy I know who needs cocaine to stop talking.”

In a recent New Yorker profile in the lead up to the release of her new album, Fiona Apple debunks Pitt’s playful jab at the legendary director. She claims that being in a room with Tarantino and her former filmmaker boyfriend Paul Thomas Anderson is the reason she got off the sauce.

Apple doesn’t consider herself an alcoholic, but for years she drank vodka alone, every night, until she passed out. When she’d walk by the freezer, she’d reach for a sip; for her, the first step toward sobriety was simply being conscious of that impulse. She had quit cocaine years earlier, after spending “one excruciating night” at Quentin Tarantino’s house, listening to him and Anderson brag. “Every addict should just get locked in a private movie theatre with Q.T. and P.T.A. on coke, and they’ll never want to do it again,” she joked.

I want to know the exact numerical value of the amount of cocaine Tarantino had in grams before shooting this pic.twitter.com/nhLq0aqjll

Fiona famously dated Boogie Nights filmmaker Paul Thomas Anderson in 1997 and into the early 2000s. The two consistently used cocaine and ecstasy together, and Apple would later claim PTA had a vicious temper that ultimately led to him throwing a chair across the room after losing Best Original Screenplay for Boogie Nights at the 1998 Academy Awards. She described him in the New Yorker piece as “coldly critical” and contemptuous in a way that made her feel numb.

All the other gifs can go home because the best gif is Fiona Apple consoling Paul Thomas Anderson after he lost the screenplay Oscar to Alan Ball in 2000. pic.twitter.com/RA6NCkhkCl