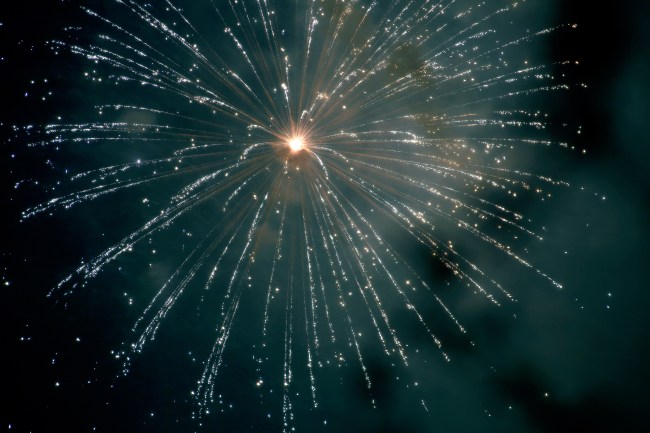 I love a good fireworks display. Who doesn’t? Shooting off fireworks feels as American as hot apple pie. Sure, fireworks weren’t invented in America but we probably perfected them. Yeah, I’ll go with that. We made them bigger and louder. Probably. And without Uncle Sam there would never be those smiley face fireworks or the big palm tree. Who knows? USA!!! USA!!! USA!!!

Now that I’ve gotten sufficiently sidetracked I’ll start over and say this actually happened in Russia where fireworks are probably 50% as awesome as they are in the United States but if you shoot enough off at once it’s going to look awesome and that’s exactly what happened here. A fireworks factory in Rostov-on-Don, Russia caught on fire and the blaze was so strong it took over 400 firefighters to get it under control according to firehouse.

In the short clip, we can see all hell breaking loose as fireworks explode in every direction as the factory goes up in a blazing inferno. Frankly, I think we should consider this as a form of entertainment. Instead of meticulously planning out fireworks shows we should be creating gargantuan piles of fireworks and setting them all on fire to see what happens.

Rostov-on-Don is a city in Southern Russia on the Sea of Azov, it’s not too far from the Ukrainian border. That’s the extent of my knowledge about Rostov-on-Don. I assume they have a McDonald’s. Maybe two. I vaguely recall that name from the 2018 World Cup in Russia. If I was on Who Wants To Be A Millionaire I’d probably guess that they hosted some World Cup games, beyond that all I know is they have a fireworks factory that just burnt down.

If there are any Rostov-on-Don experts out there who want to drop some Rostov-on-Don trivia on me in the off chance I ever find myself on Jeopardy! need to answer some Southern Russia trivia, feel free to find me over on Twitter at @casspa.