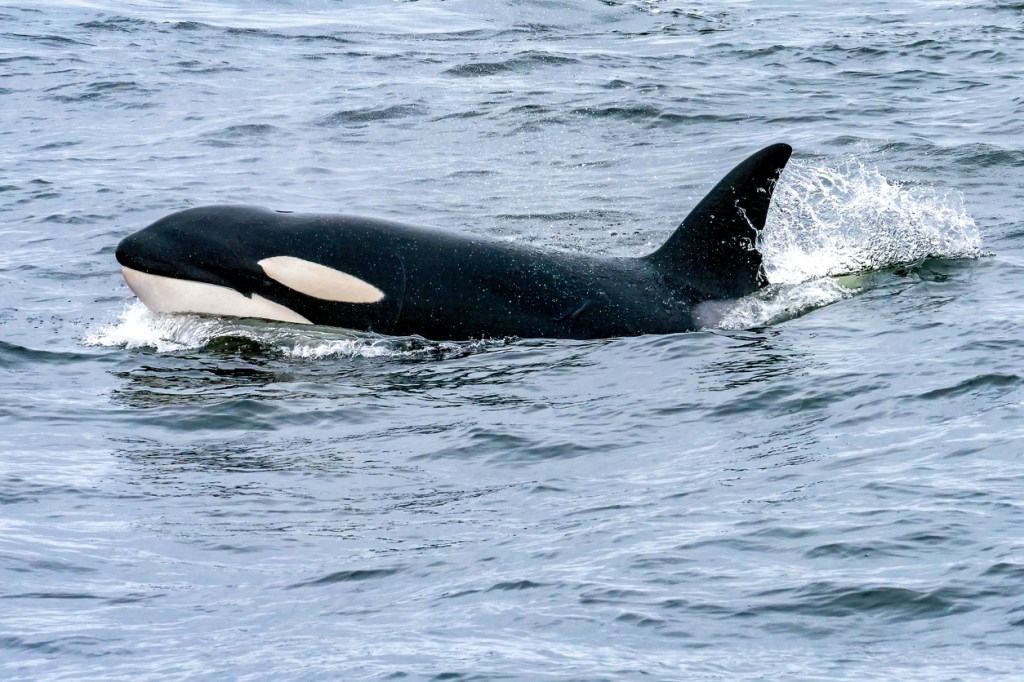 We’ve always been led to believe the name ‘Killer Whale’ was a misnomer. That orcas were actually free-ranging magnificent whales who filled up on fish and moved on. Then came that disturbing documentary that changed a lot of people’s perceptions, more so about caged whales than the orcas themselves, but sharks have a very different perception of orcas than we do.

A previous study found that sharks will get out of Dodge as fast as possible when there are orcas approaching. And for good reason because if they hang around they could get killed for sport like this Great White Shark below.

This clip appears to be making the rounds as part of the annual Shark Week flood of footage. It was filmed in Mossel Bay, South Africa and field biologist Alison Towner told the Daily Beast this is the “world’s first drone footage of killer whales predating on a white shark.”

Definitely watch this viral Twitter footage with the sound ON because the whale songs are incredible to hear.

And now for something completely different.
Orcas eating a great white shark.
SOUND ON pic.twitter.com/trZQRBD3xa

According to reports, the orcas in this are were killing great white sharks and eating their livers. Locals and scientists in the Mossel Bay of South Africa area had been discovering Great White Sharks washed up on shore missing their livers. The whales were suspected as the culprits in the killings but this is the first time they’ve been filmed in the act.

Is The Name ‘Killer Whale’ Good For The Species?

Some conservationists have fought hard for decades to do away with the ‘killer whale’ nickname for orcas. I’ve always been half-convinced that the movie Free Willy (1993) was just propaganda to get people to fall in love with these whales and ignore the fact that they’re awesome free-ranging predators. I’m only half-joking there…

The National Oceanic and Atmospheric Administration (NOAA) lists Killer Whales as ‘the ocean’s top predator’ which checks out. If they are responsible for the killings of Great White Sharks just to eat their livers then clearly they’re not worried about the rest of the oceanic population.

The name ‘Killer Whale’ is probably the coolest name in the animal kingdom. And a cool name can go a LONG WAY to raising awareness and funding for conservation. Or it can have the opposite effect on a population. An example of that would be the Patagonian Toothfish, a name you wouldn’t want to see on a restaurant menu. But when it was rebranded as ‘Chilean Sea Bass’ it grew so popular on restaurant menus that it’s now classified as ‘overfished’ and the population numbers are plummeting.