Sharks Absolutely Terrified Of Orcas, Will Get The Hell Outta Dodge When Killer Whales Are Near According To Scientists 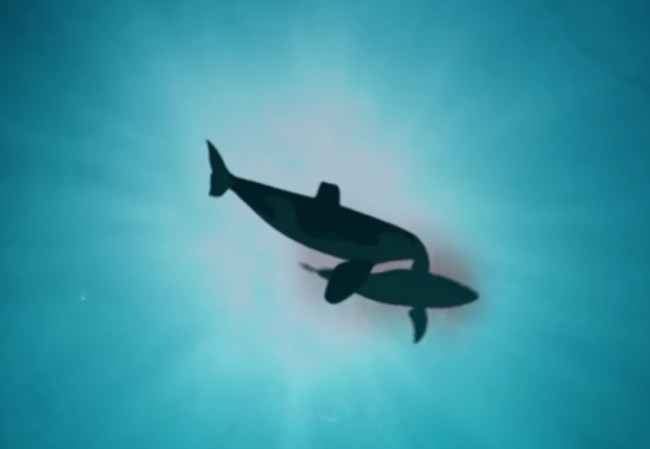 A new study by the Monterey Bay Aquarium titled “Killer whales redistribute white shark foraging pressure on seals” was published in the science journal Nature on Tuesday. The research discovered that when orcas are around, great white sharks are nowhere to be found.

Researchers examined the waters off Southeast Farallon Island, Tomales Point and Año Nuevo Island in the Pacific Ocean near the coast of San Francisco, California. The Greater Farallones National Marine Sanctuary is a prime spot for great white sharks because there is a large elephant seal population there. Sharks congregate in the waters between September and December each year to hunt young elephant seals.

The researchers witnessed a pod of orcas enter the sharks’ hunting grounds and then the sharks suddenly disappeared despite plenty of food available. Scientists utilized electronic shark tags with “field observations of orca sightings.” The data was taken from “165 white sharks tagged between 2006 and 2013, and compiled 27 years of seal, orca and shark surveys at the Farallones.”

The scientific study found that great white sharks abandon their “preferred hunting ground” when orcas are in the neighborhood. And even the hint of killer whales in their seal-rich hunting grounds will scare sharks away for a year, even if the orcas have left the area.

The study found that the sharks got the hell outta dodge within minutes that the killer whales swam into the area. In many instances, the sharks didn’t return until the next season.

The study found that “four to seven times fewer predation events on elephant seals in the years white sharks left.” “On average we document around 40 elephant seal predation events by white sharks at Southeast Farallon Island each season,” Monterey Bay Aquarium scientist Scot Anderson said. “After orcas show up, we don’t see a single shark and there are no more kills.”

These are not just small, cowardly sharks either. “These are huge white sharks. Some are over 18 feet long and they usually rule the roost here,” Anderson stated. Sharks hightailing it out of the waters would be great news for the elephant seals that call the Farallon Islands home, except that killer whales also devour elephant seals.

“It’s a bit ironic — when we think about white sharks, it’s hard to imagine they are risk-averse,” said Salvador Jorgensen, a shark expert at the Monterey Bay Aquarium and the lead author of the study. “But this study shows that even for these massive predators, knowing when to pull out and flee is an important part of their repertoire.”

“It turns out these risk effects are very strong even for large predators like white sharks — strong enough to redirect their hunting activity to less preferred but safer areas,” Jorgensen said.

“We don’t typically think about how fear and risk aversion might play a role in shaping where large predators hunt and how that influences ocean ecosystems,” Jorgensen said. “It turns out these risk effects are very strong even for large predators like white sharks — strong enough to redirect their hunting activity to less preferred but safer areas.”

This research is crucial because it is one of the few studies that is devoted to interactions between predators, which is rare in the animal kingdom and it “demonstrates how food chains are not always linear.” There are only a few videos of sharks and killer whales engaging in fight-to-the-death encounters.

Besides fighting for the same food, orcas may attack sharks because their nutrient-rich, high-caloric livers are a delicacy for killer whales. Two years ago in South Africa, three great white sharks carcasses washed up on the shores of Kleinbaai. The sharks’ livers were missing.

But the sharks versus orcas battle isn’t just around the Farallon Islands. “Recent reports from South Africa and Australia suggest that the relationship between these two ocean giants may have a long legacy, perhaps spanning millennia,” Salvador Jorgensen said.

It looks like we need a Jaws remake with killer whales. Maybe the boat in the movie could be named “The Shark.”