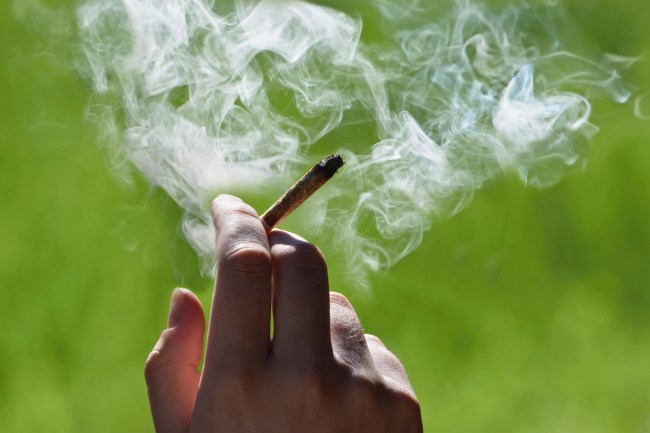 There has never officially been a death caused by overdosing on marijuana until now if you believe a new coroner’s report. A coroner is “100% sure” that a woman overdosed from having too much THC in her system.

A 39-year-old Louisiana woman died in February and had been an “unexplained death” up until last week. That’s when the coroner in the case, Dr. Christy Montegut, announced that the woman had overdosed on THC.

The woman, who was from St. John the Baptist Parish which is about 30 minutes west of New Orleans, was found dead on a sofa in her apartment. The autopsy couldn’t find any medical issues or trauma that would have caused the woman to die. The report stated that she had “relatively healthy organs and no signs of illness.” But what they did find was high levels of tetrahydrocannabinol.

“I was kind of surprised that the only thing we found was elevated levels of THC,” Montegut told reporters. The woman had a THC level of 8.4 nanograms per milliliter of blood, which is about 15 times the discretion threshold.

The woman’s boyfriend, who was with her before she died, said she was using a vape pen to smoke marijuana. Dr. Montegut believes that the high amounts of THC from a strong strain along with using a vape pen caused a respiratory depression, which halted the woman’s breathing. This is how the coroner came to the conclusion that the woman suffered a marijuana overdose.

However, not everyone is buying the explanation and there are many who are skeptical of the coroner’s report. For one, there’s never been a documented overdose caused by cannabis in the history of man. That’s a lot of opportunities for someone to have overdosed on weed. There are 11 states that have legalized recreational marijuana use and there never been any overdoses from weed. Surely someone from Denver would have done so by now if it was possible.

RELATED: Billionaire Coca-Cola Heir Busted With $1.3 Million Of Marijuana In His Private Jet Along With Hollywood Actor

Then there is the fact that the woman was rushed to the emergency room only a few weeks before her death. At the time, doctors diagnosed the woman with a chest infection. Doctors advised her to take Mucinex and Robitussin D. There were also reports that the woman’s son was sick on the day she died.

Just because they found high levels of THC in her blood doesn’t make it the cause of death. Many experts weighed in to argue against the coroner’s report that the woman died from a lethal dose of marijuana.

The National Center for Biotechnology Information, a branch of the National Institute of Health, has stated in the past that there had been “no known cases of fatal overdose from cannabis use in the epidemiologic literature.”

Bernard Le Foll, a professor at the University of Toronto who studies addiction, noted that the levels of THC in the woman’s system was not enough to kill her and actually “not very high.” There have been previous estimates that suggest a human would need to smoke 2,000 joints to get a lethal amount of THC.

So it sounds like you are safe to blaze up.