Billionaire Coca-Cola Heir Busted With $1.3 Million Of Marijuana In His Private Jet Along With Hollywood Actor 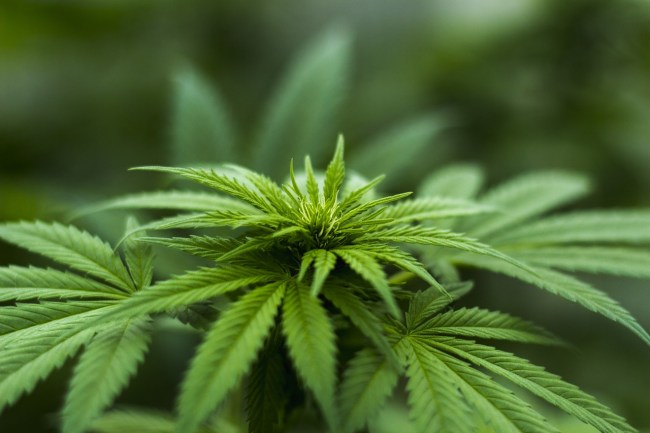 A billionaire Coca-Cola heir was caught with $1.3 million worth of marijuana on his private jet. Dude, save some weed for the rest of us.

Greek billionaire Alkiviades “Alki” David is a member of the Leventis family, which has a net worth of more than $388 million, whose “holdings include manufacturing, bottling plants, property and shipping.” Their biggest money-making business owning Coca-Cola Helenic that has plants in 28 countries and is said to be Europe’s largest bottling company. David was arrested for having a sh*t-ton of cannabis on his private plane.

When Alki’s private jet touched down at the Robert L. Bradshaw International Airport on the Caribbean island of St. Kitts, authorities discovered 5,000 marijuana plants as well as seeds and a variety of other cannabis products worth $1.3 million. Also onboard the private jet was Irish actor Jonathan Rhys Meyers, who has appeared in Hollywood movies and TV shows such as The 12th Man, The Tudors and Vikings.

Rhys’ actress wife Mara Lane is also in St. Kitts and seems to not have gotten arrested in the drug bust as she was enjoying the beach with her and Jonathan’s child.

The 50-year-old David was arrested by the Anti-Narcotics Unit and was charged with intent to supply, possession of controlled drugs and importation of a controlled drug into the federation, according to officials from the St. Christopher and Nevis Police Force. David was released after paying $30,000 cash bail. Alkiviades is scheduled to appear at Basseterre Magistrate Court on May 14. He was required to surrender all travel documents and must report to the Frigate Bay Police Station for daily check-ins.

David claimed that the plants on board were “all hemp” and were related to a new venture to start a legal cannabis business in the eastern Caribbean including St. Kitts, Dominica and Antigua. Coca-Cola has discussed making cannabis beverages for months now, but this is not the headlines they wanted to make as their possible venture into the lucrative industry.

In another Instagram post, Mara Lane told David: “We hope you have favorable outcomes with your business ventures in gorgeous St Kitts & Nevis.”

David also owns Hologram USA Theatre, which was the company that digitally recreating Tupac for Coachella in 2012 and hologram Michael Jackson for the 2014 Billboard Music Awards. David also owns an internet-based television provider FilmOn, a home-shopping website, a streaming-video site, and a modeling agency.

In April, David was forced to pay $11.1 million in a harassment settlement to a former female employee who said he fired her for refusing to have sex with him.

The government of St Kitts and Nevis only recently declared that possession and cultivation of marijuana, but the law hasn’t gone into effect yet. Last week, Justice Eddy Ventose ruled that the government has 60 days to amend the drug act and allow Rastafarians to have the right to use marijuana as part of their religion. That sounds way better than communion wafers.

The Cannabis Bill 2019 creates a framework to legalize marijuana use for medicinal purposes, the proposal would decriminalize possession up to 15 grams and the cultivation of less than five plants. You hear that David? FIVE plants, not FIVE-THOUSAND plants.