A Very Good Boy Sniffs Out 113 Pounds Of Meth, Spearheads Drug Bust Worth Over $1 Million 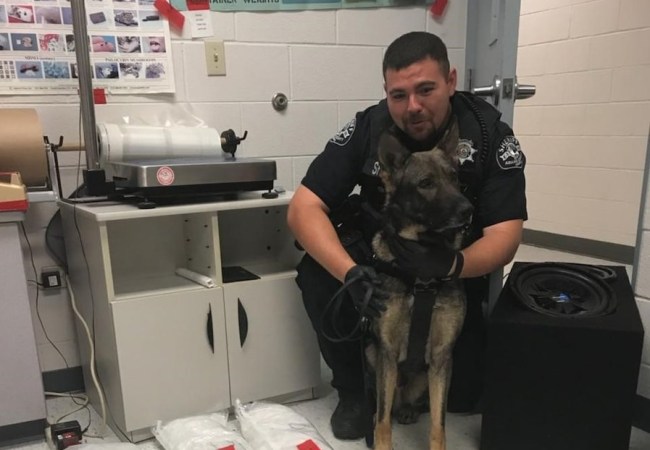 On June 16th, Deputy Joseph Bonder stopped a vehicle for speeding and quickly noticed that both the driver and the passenger were extremely nervous. While the deputy was writing the ticket, K-9 Deputy Eli Lopez and Nacho arrived at the scene. Nacho immediately sniffed something in the trunk of the car. The deputies searched the vehicle’s trunk and discovered 113 pounds of methamphetamine worth more than $1 million in street value hidden inside a subwoofer box.

“Good job Deputy Bonder, Deputy Lopez and K-9 Nacho for taking over $1 Million worth of methamphetamine off the streets!! #acsoproud,” a tweet from the Adams County Sheriff’s Office Twitter account said.

Here's a picture of Deputy Lopez and K-9 Nacho after they seized 113 pounds of methamphetamine. pic.twitter.com/dQ7oVcytzR

So Nacho isn’t only a very good boy, he’s the best boy.