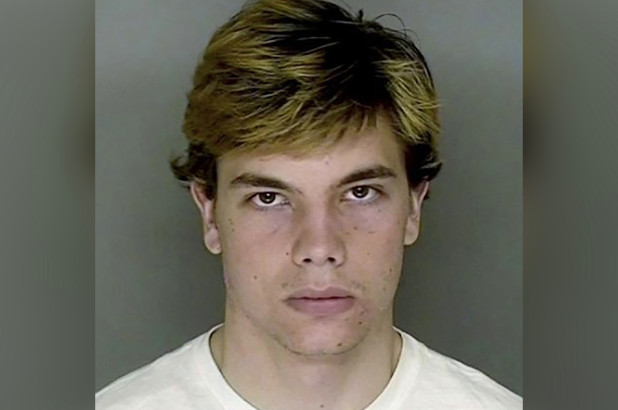 A mobile app developer enjoys a median salary of $97,100 and has a 10-year job growth of 19 percent. Sounds like a solid career to invest your future in. But it takes three to six years of school to get your degree and who has that kind of time? Collin Riley Howard doesn’t have that kind of time. So he used his skills as an app developer to become a very proficient drug dealer.

Howard is an 18-year-old student at the University of California Santa Cruz. The enterprising young man developed his own app called “Banana Plug,” named after the university’s banana slug mascot Sammy the Slug. The seemingly harmless app appeared to be a game rated for ages for 4+ and was available on the Apple iTunes app store. The game’s tagline was “We Have What You Want.”

Collin got a bit cocky about his budding enterprise and even advertised it around campus by hanging posters for the drug app. Eventually, a UC Santa Cruz police officer and an undercover Homeland Security Investigations special agent used Banana Plug to buy weed and coke. The transaction was finalized using Snapchat.

Howard, who is from Sunnyvale, California, faces up to 60 years in prison if convicted on all charges and the minimum sentence would be five years in jail. Howard also faces a fine of $6 million. The Banana Plug app has since been removed from the iTunes store. Illegal activities are bad, but you have to respect the approach to his illegal activities. Collin learned a valuable lesson, he should have just worked for a big pharma company.

This is the worst publicity for the Banana Slugs since John Travolta looked like a dork in Pulp Fiction. Remember kids, slugs not drugs.