Keep Wall Street In Your Prayers Tonight After $77 Million In Cocaine Seized, Biggest In NYC Area In 25 Years 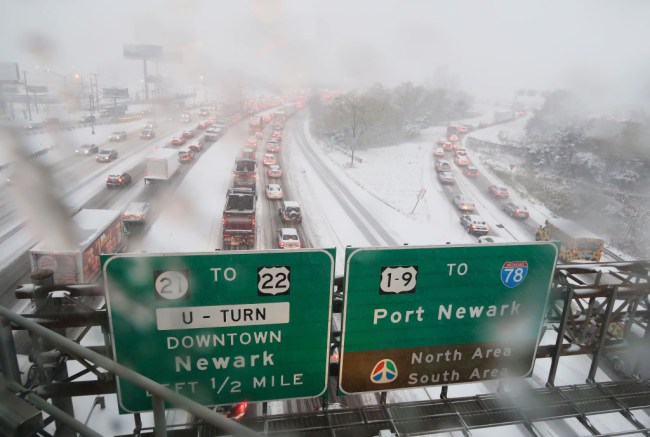 For cocaine enthusiasts in the New York City area, run, don’t walk, to your friendly neighborhood supplier because prices are about to get a lot higher. A massive drug bust went down and it was the biggest in 25 years. A lot of people’s weekend plans just got ruined.

On February 28th, feds seized 3,200 pounds of cocaine (Or roughly two days worth of yayo for Wall Street) said to have a street value of $77 million. U.S. Customs and Border Protection seized the 60 packages of booger sugar were seized at Port New York/Newark, the largest shipment of cocaine recovered at New York and New Jersey in 25 years, and the second-largest coke seizure ever in the two states.

3,200LB COCAINE SEIZURE–#CBP coordinated with U.S. and international partners to seize 3,200lbs of cocaine worth an estimated $77M! It was the second largest cocaine seizure at the Port of New York/Newark, and the largest in nearly 25 years! Learn more: https://t.co/N2Nnzyq1Du pic.twitter.com/70Jl4Or7Hm

RELATED: Coast Guard Sets Record By Seizing 455,000 Pounds Of Cocaine Worth Over $6 Billion This Year

The shipment was onboard a ship that originated in South America and arrived at Port Newark at the end of last month. The drugs were found in a shipping container.

“This is a significant seizure, in fact it is the largest cocaine seizure at the Port of New York/Newark since May 1994” said Troy Miller, the director of New York Field Operations for Customs and Border Protection. “This interception prevents a massive quantity of drugs from getting to the streets and in the hands of our children.” The largest drug bust at Port Newark happened in May of 1994 when authorities snatched 6,400 pounds of cocaine. Holy yayo Tony Montana.

So far, no charges or arrests have been announced pertaining to the massive drug bust. Don’t plan on attempting to pick up the blow because it has already been handed over to the U.S. Department of Homeland Security.