Coast Guard Sets Record By Seizing 455,000 Pounds Of Cocaine Worth Over $6 Billion This Year 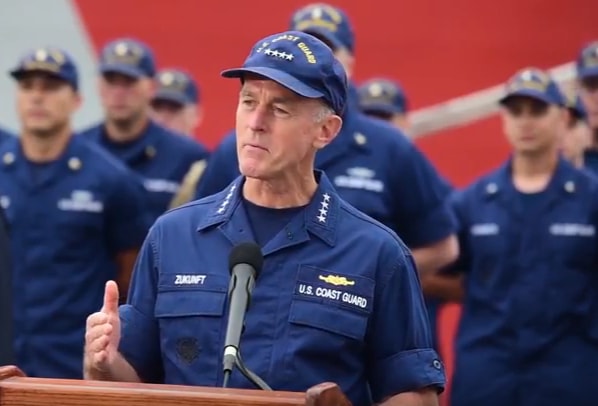 Since early last month, the U.S. Coast Guard has seized 50,550 pounds of cocaine and heroin worth an estimated $679.3 million in the Pacific Ocean. On Wednesday, the Coast Guard offloaded their massive drug busts in San Diego, California. The massive haul was the result of 25 individual seizures conducted by four Coast Guard cutters and a Navy ship, which began on August 2, 2017 off the coast of Central and South America. But it wasn’t just a busy August and September for the Coast Guard because in June they seized 18 tons of booger sugar worth over $554 million, and for the year they set a record for most drugs seized.

The U.S. Coast Guard has seized more than 455,000 pounds of cocaine worth over $6 billion this fiscal year. Hollywood must be pissed at the spiked prices. There were also nearly 600 suspected smugglers apprehended by the Coast Guard and turned over to federal authorities for prosecution in the U.S. during the year, an increase from 465 suspects in 2016 and 373 in the 2015 fiscal year.

But the Coast Guard hasn’t been occupied with drug busts, they’ve also been a critical asset during this summer of natural disasters. During Hurricane Harvey, the Coast Guard rescued 11,022 people, and 1,384 pets.

Check out #USCG response to Hurricane #Harvey. Many of same crews poised to respond as needed to #Irma pic.twitter.com/GtFCnJJ6Tg

Here’s a dramatic helicopter rescue of three people during Hurricane Maria on a capsized boat near Vieques, Puerto Rico. The Coast Guard team from Clearwater, Florida, braved the 115-mph winds and 20-foot seas to rescue the stranded family.