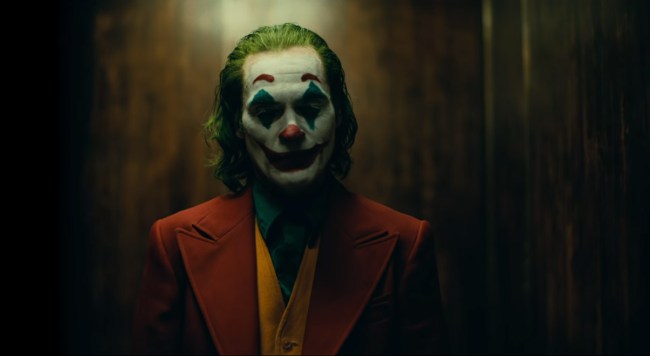 After watching the first trailer for the Joker movie starring Joaquin Phoenix my first reaction was, “Whoa. This might actually be really good.”

Hard to believe, especially since we’re all seen Jack Nicholson, Heath Ledger, Jared Leto, and even Cesar Romero play The Crown Prince of Crime before, but Joaquin Phoenix and director Todd Phillips (Old School, The Hangover) may have actually broken some new ground with the character.

What’s new about this iteration of the Joker is the fact that unlike previous versions, this time it appears that we will get a full-blown origin story for the man, at least in this movie, named Arthur Fleck.

Based on this first trailer, the movie will take it’s time revealing exactly how Fleck descended into madness and turned into the villainous Joker.

“My mother always tells me to smile and put on a happy face — she told me I had a purpose to bring laughter and joy to the world,” Fleck says in the trailer.

Fleck’s mother appears to be a strong influence in the direction his life takes as he struggles to find a place in 1980s Gotham.

“There’s been a lot of chatter about what this film is and what it isn’t and most of it is not accurate,” Philips told the audience of movie theater owners at CinemaCon in Las Vegas on Tuesday, reports EW. “But it’s expected when you set out to make an origin story about a beloved character who basically has no definitive origin.”

Joker, which also stars Zazie Beetz and Robert De Niro, is scheduled to hit theaters on October 4th of this year.

#Joker trailer: Looks like a really dark and twisted character study. Joaquin Phoenix is living in the role and this will no doubt be another inspired and manic performance from him. If you’re missing the “dark” DC, then here’s your medicine. #CinemaCon

I had zero interest in the Joker movie but that trailer… if the movie is as weird and sleazy as the trailer… I am suddenly quite interested.