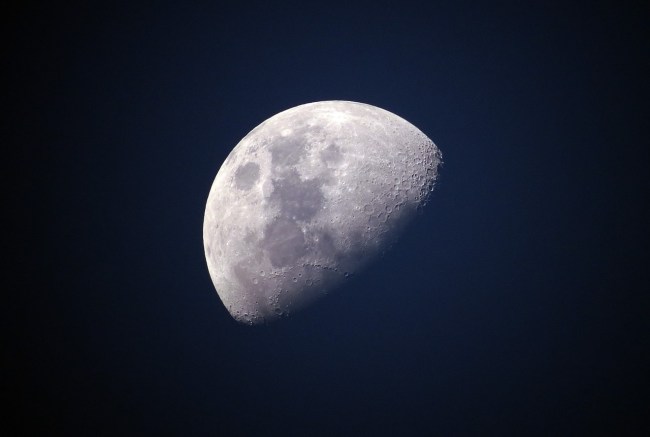 We’ve recently been exposed to several stories that make it seem like it’s only a matter of time until aliens descend upon the planet.

First, there was Oumuamua, the cigar-shaped space rock that was zipping around our solar system at 200,000 MPH and basically resembled one of the ships from Independence Day. Then, a couple days ago, Navy pilots reported seeing UFOs flying “beyond the physical limits of a human crew.”

Now, according to Metro, a team of German astronomers has given us yet another reason to buy into the alien hype. At odd intervals throughout the week, they observed intense flashes of light briefly illuminating parts of the Moon’s landscape. These alien bastards are basically taunting us at this point by lighting up our moon like a goddam Christmas tree.

Astronomers like Hakan Kayal would disagree with the alien hypothesis, as most scientists have in the past. He attempts to explain why this phenomenon may be occurring:

Seismic activities were also observed on the moon. When the surface moves, gases that reflect sunlight could escape from the interior of the moon. This would explain the luminous phenomena, some of which last for hours.

However, that doesn’t explain the shorter flashes and Kayal openly admitted, “Science does not know exactly how these phenomena occur on the moon.”

I think its time to accept that not only do aliens exist, but they’re ready to make their red carpet debut.

Maybe we will be needing Space Force after all.