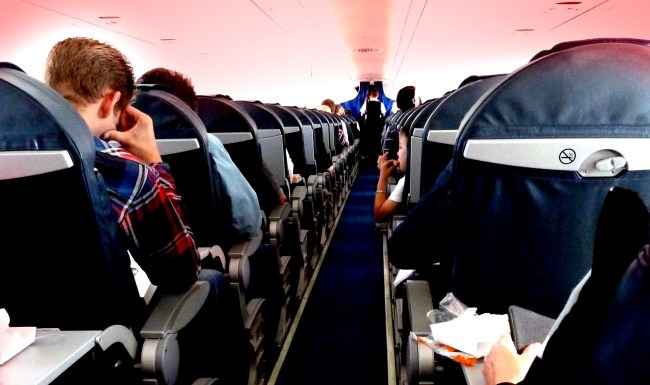 There has been one semi-good thing to happen during this whole pandemic situation: we haven’t had to do nearly as much flying.

Because, well, flying almost always sucks. Traveling, in general, is usually not great, whether it be by car or train, but flying? It is often the worst.

Not that it’s usually the airline employees’ fault, especially the flight attendants. They can only do so much with what they’re given. It’s just the whole process of flying. The booking of tickets, checking baggage, waiting in line, having to take off your shoes and belt, waiting, flights being delayed, flights being canceled, having to book new flights, being seated next to some slob who wants to talk the whole flight, waiting for our bags, hailing a cab, and lots and lots of walking, if not running. Blechhh…

Speaking of flight attendants, they were asked not too long ago to share some of the things we as passengers don’t know about and/or happen when we fly.

Turns out, there is probably a good reason why we don’t know some of these things.

For example, according to one Reddit user, CheatingOutlaw, “When people ask for the reason for a delay, we usually give a bulls**t response because the REAL answer would spook passengers. ‘We have a minor technical problem and engineers are on their way.'”

See what I mean? I really didn’t need to know that.

It’s not all bad though, as they also added, “It means A LOT to us if a passenger actually says hello back to us and smiles. We’ll remember your face. Believe me, because we got 150+ people who usually ignore us. One guy said ‘Hey good morning!’ to me, and all flight I gave him alcohol on priority right away, while I made others wait 5-10 minutes because I was busy. Also, say ‘thank you’. It really makes my day. I took count of how many ‘thanks’ I got. 200 passengers at 18 said ‘Thanks.’ Sometimes I load my pockets with cookies, nuts, crackers, mini whiskey bottles, and whenever I pass by, I offer them.”

As for things you don’t know, almost always we pick our BFF or Boyfriend for the Flight who is simply the most attractive guy on the flight just for a bit of fun. We also discuss amongst us how nice out ‘side’ is. On wide-body aircraft there’s 2 aisles and we work each side. Once we’ve done the initial drinks round we often have a casual chat over what they’re like; “My side is pretty nice, they’re drinking a lot of alcohol though. 34D is a dick but there’s a family of four at the front who are lovely.”

If you drink too much and we cut you off when you ask for your 4th double vodka tonic in an hour, don’t try and pull the wool over our eyes and ask someone else. We know about you, the onboard manager will know about you and the Captain will know about you. As soon as I cut someone off I let the crew working with me know that I’ve stopped giving 28B alcohol. When the manager calls us (every half an hour at my airline) we let them know that 28B has been cut off, and in turn they’ll let the Captain know. It’s nothing major but I don’t think a lot of people realise how much we keep the flight deck in the loop on everything that’s going on.

People in business and first class don’t realise they’re cracking off their warm smelling bed farts all the time when they’re trying to sleep and it’s disgusting.

And yes we know when you’re getting handsy with each other.

Now those things are all good to know.

• Hairspray can set off the lavatory smoke alarms. Also, yes, your vape.

• Junior flight attendants are exhausted. Zombies walking around, facing minor hypoxia, sleep deprivation, negative bank accounts, and general anxiety. That was me during our airlines required ‘reserve’ period. It’s comparable to new RN’s and doctors who are on call. You can be on call for 24 hours, which means at any point you have two hours to be at the airport, in uniform, ready to fly any flight they assign you. Once you finish that assignment, which can be anywhere from 2 hours to 4 days, you have 9 hours of ‘rest’ before you go back on call.

Oh, and in case you’re wondering while up in the sky, “where are we flying over right now?” SkyWaitress replies, “We never know.” 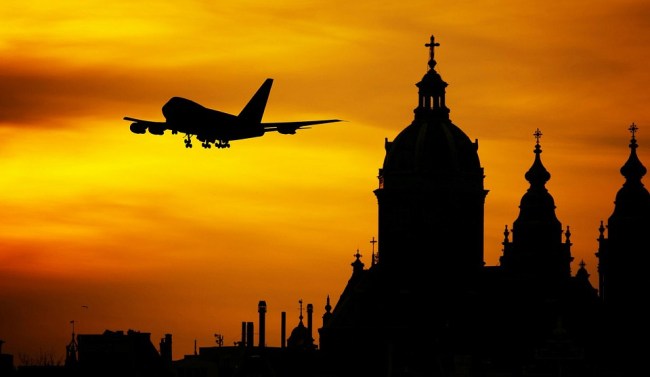 Also, don’t ask why there are still ashtrays in the bathroom. “It’s an FAA requirement, ashtrays need to be on every plane in case someone decides to f**k the rules and light up,” says SkyWaitress.

Instead, be more concerned about what Redditor ConstableBlimeyChips revealed.

“Unless you’re extremely lucky and your aircraft just rolled out of the hangar after major maintenance, there will absolutely be something broken in it. An aircraft can have a whole host of parts be broken and still be allowed to fly, the broken parts just get labeled, recorded, and put on the to-do list for the next time it goes to maintenance.”

Thaaaaat seems like a good place to stop. Flying…don’t miss it one bit.

If you want to learn more, by all means give this a click.