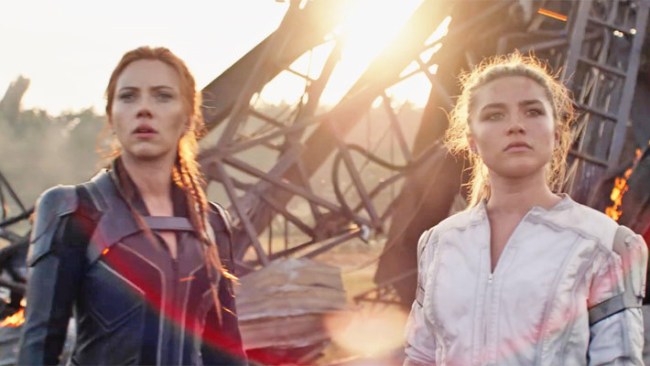 When the Marvel Cinematic Universe does finally return and kick off Phase 4 with the release of Black Widow, it will mark the beginning of the new era in the MCU as the franchise says goodbye to one of its longest-serving stars, Scarlett Johansson.

Johansson, now 35-years-old, has starred as Natasha Romanoff a.k.a Black Widow for the past decade, having first appeared as the character in 2010’s Iron Man 2, and given the events of Avengers: Endgame, Johansson’s run in the MCU appears to be coming to a close. However, just because Johansson won’t be playing Black Widow doesn’t mean there won’t be a Black Widow.

In a recent interview with Empire Magazine, Black Widow director Cate Shortland confirmed that Johnasson will be “handing the baton” to Pugh in the upcoming film, which is set to be released in November.

“[Kevin Feige] realized that the audience would expect an origin story so, of course, we went in the opposite direction,” Shortland said. “And we didn’t know how great Florence Pugh would be. We knew she would be great, but we didn’t know how great. Scarlett is so gracious, like, ‘Oh, I’m handing her the baton.’ So it’s going to propel another female storyline.” [via Empire]

Black Widow is poised to be Pugh’s big Blockbuster breakout, as the 24-year-old Academy Award has already garnered tons of praise for her work on the indie scene.

RELATED: NBA Players Will Reportedly Get To See Unreleased Movies Like ‘Black Widow’ While In Orlando