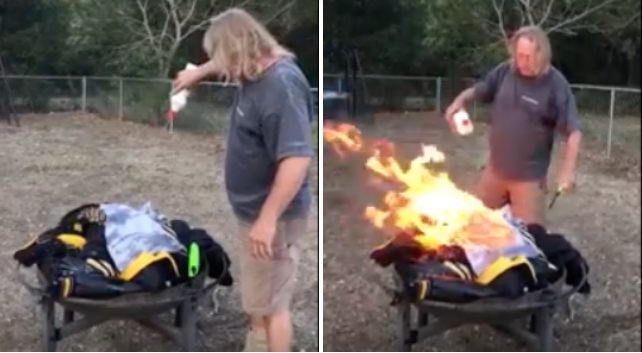 It’s physically impossible to scroll through Facebook during your mid-morning dump and ignore this whole kneeling saga. It’s become so diluted and surface-level that everyone now fits into two categories: Patriotic Crusader or defector to ISIS. There’s no middle ground, no more conversation, just a bunch of people measuring dicks.

A figurehead of the aforementioned Patriotic Crusaders goes by the name of John Lee, owner of the iconic hot dog spot Coney Island Drive-Inn in Brooksville, Florida. Lee has invited the public to a “Celebration of Patriotism” on Sunday, where people will be able to throw their NFL merchandise into a fire pit in exchange for a free “world famous footlong,” TampaBay.com reports.

An Army veteran, Lee claims he was “taught to respect the flag and the national anthem.”

“There is a right and wrong way to show your displeasure,” he said, “and turning your back on this country’s values is the wrong way.”

Lee claims the idea came after having a conversation with Hernando County Commissioner Steve Champion who owns a business next door called American Gun and Pawn. Champion, who is a lifelong football fan claims he is an active duty Marine, says he plans to never watch the NFL again.

“This community takes our flag seriously, so this is not acceptable in our book,” he said. “It is disrespect to our country and we are not going to watch this crap anymore.”

“Basically, instead of watching football on Sunday, we are going to hang out with our neighbors,” he said. “The NFL thinks this is going to go away, but it’s not. I am never watching the NFL again, and I think a lot of people in our community would agree with that.”

The event will go from 1-4 p.m. on Sunday and will feature live music and a special rendition of our National Anthem. At the time of me writing this, the Facebook event has 130 confirmed attendees and 555 interested.

I may burn my Aaron Hernandez jersey for one of these bad boys. They look bomb. 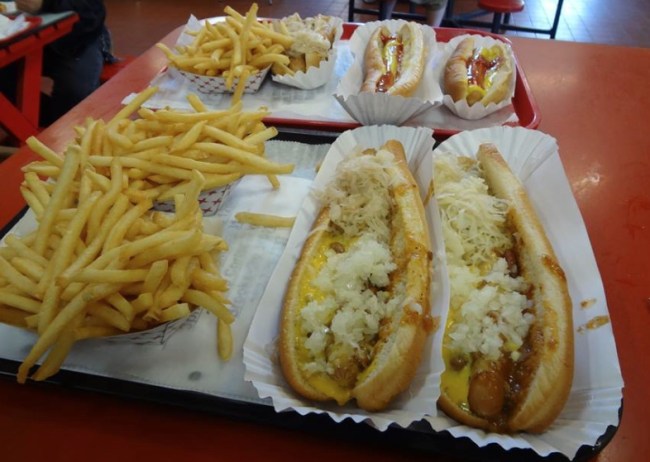