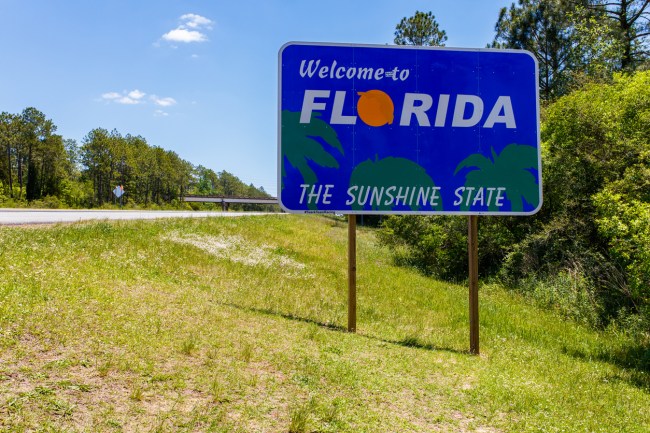 Well, there’s a headline that I didn’t expect to write today when I woke up. But, the fantastical incident did go down in Florida, the place where literally anything can happen, where dreams go to die and the locale where the sun seemingly melts away any sense of prudent judgment.

The coronavirus pandemic has stressed out every single person, but most people put on a hollow smile and try to survive the year of our lord 2020. But there are some people who have let the ‘rona get them down, such as this Florida woman who is out in the streets of Riviera Beach straight-up attacking cars.

The woman is seen wearing a bright pink bikini and a face shield as she stands in the middle of a major highway. She could be holding a large sign in the middle of the road. For some reason, she is not a fan of the young man stopped at the traffic light. She violently attacks the vehicle with some kind of stick, and the driver got his window rolled up in the nick of time because in another second he would have been clobbered, as reported by the Daily Caller.