Apparently You Should Flush With The Lid Down, As ‘Toilet Plume’ Can Spread The Virus 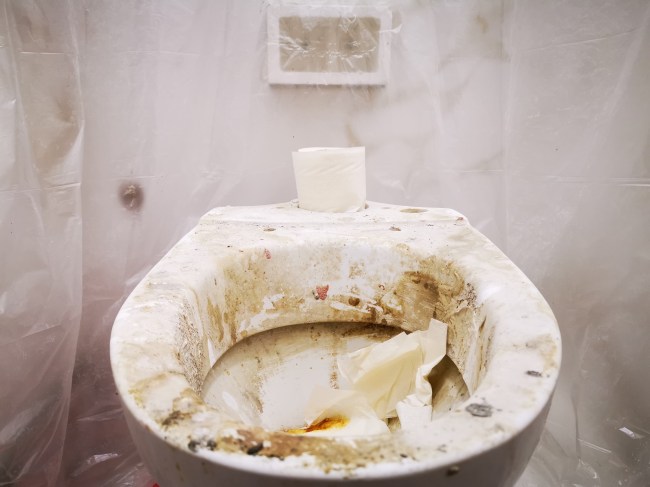 You know that old British nanny trick for curing the common cold, where you wrap a tea cozy around your head and bury your face in the toilet bowl after an overweight uncle dumps his brains out? Well, apparently huffing shit fog is now on the shit list. Leave it to scientists to remove another of life’s simple pleasures. As if my golf course closing indefinitely wasn’t enough, they’re now telling us we can no longer steep our sinuses in the pudding aftermath of Taco Tuesday. Is there no God?

Forbes– While scientists have warned that COVID-19 can be spread by fecal-oral transmission (hence the importance of post-bathroom hand washing) the disease can also be spread through what is known as “aerosolized feces” which means that it’s more important than ever to close the lid of the toilet while flushing, according to experts.

Because of a phenomenon known as toilet plume, stool or urine can escape from the toilet into the air and spread disease, according to theAssociation for Professionals in Infection Control and Epidemiology.

Toilet plume. We didn’t know the term until now. But as it turns out, flushing the toilet with the lid open allows for a microscopic mud mist to waft into the air. Just as volcanoes may spray their ashes and gases for days following eruptions, a billowing toilet can send its smoke signals to every corner of an otherwise tidy bathroom. Most of us have suspected this, as we’ve all entered a blown-out bathroom and marveled at the pervasive, encompassing powers of the stench. You know, a bathroom that smells so bad that you have to wash your blue jeans afterwards? Even though the guy who sold them to you told you to never, ever wash these jeans. If you MUST, sprinkle baking soda on them, roll them up with rubber bands, and place them in the freezer for two weeks.

That smell. A smell that looks green.

I suppose we can’t be too careful. Now is no time to ignore science. I’ll lower the lid, even though I like to admire my handiwork as I send it down Satan’s gullet.