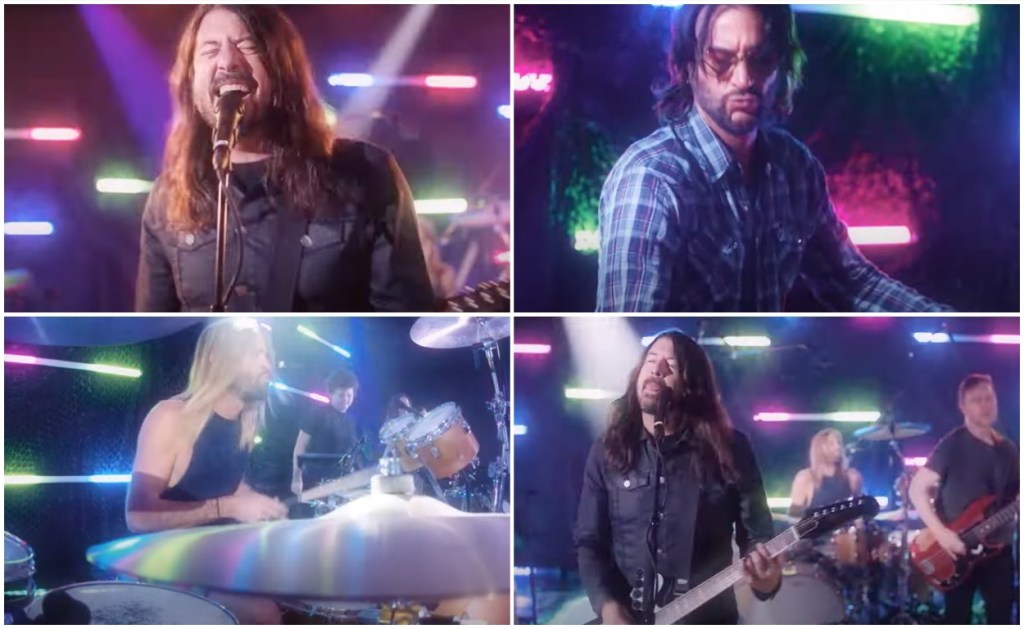 You don’t have to be a genius to realize this album is going to be incredible. First and foremost, they wouldn’t put this album out if it wasn’t going to be great. Beyond that, they just dropped a music video for ‘You Should Be Dancing’ which is a cover of a Bee Gees song and it’s a contender for Song of the Summer (2021).

Here’s the first song and music video from the Dee Gees debut album, aka the Bee Gees playing Disco Music.

The Foo Fighters and Dave Chappelle covered ‘Creep’ by Radiohead a few weeks ago. It was the first full-capacity concert at Madison Square Garden since early 2020. Check that cover out here if you haven’t seen it yet.

Is this the Song of the Summer for 2021? Ehhh, I think that Olivia Rodrigo and Dua Lipa are probably the most talked-about artists this year. But that doesn’t mean You Should Be Dancing from the Dee Gees shouldn’t at least be in the running because it’s a certified banger.

An interesting aspect of this Disco cover from The Foo Fighters is how it sounds eerily like Jam Band music to me. I’m like 42% certain I’ve heard The String Cheese Incident bust out this sound at some point during a late-night concert. And if not String Cheese, I’m sure I’ve seen countless other jam bands bust out similar sounds at concerts.

I like to think The Foo Fighters are going to start incorporating songs like You Should Be Dancing into their regular concerts. And I hope they’ll start fusing their music with this Jam Band style. I’ve seen them live before and it was awesome but this opens up new doors to what they can do on stage and I think it’ll be awesome down the line.

Keep an eye out for ‘Hail Satin’ on July 17th, the Disco album from The Dee Gees aka The Foo Fighters playing Disco Music.