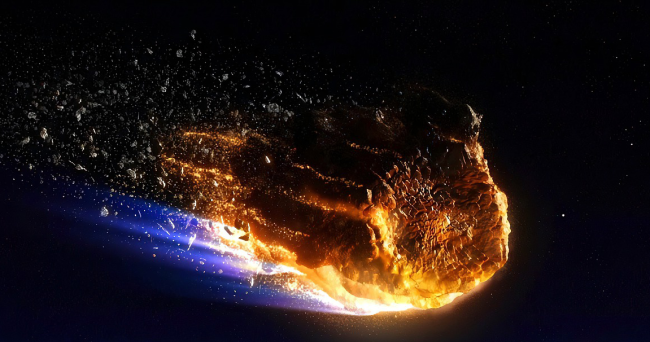 Also, as expected (and prayed for), Asteroid 231937 2001 FO32 did not make contact with Earth despite zooming by at just 5.3 lunar distances away from our planet.

“The reason for the asteroid’s unusually speedy close approach is its highly inclined and elongated (or eccentric) orbit around the sun, an orbit that is tilted 39 degrees to Earth’s orbital plane,” NASA officials said in a statement. “This orbit takes the asteroid closer to the sun than Mercury and twice as far from the sun as Mars.”

We did a miracle again: 3 hours ago we captured the potentially hazardous asteroid #2001FO32 while it was just 10 degrees above the E horizon and the sky was getting brighter and brighter at dawn. We showed it to the world! Proud of it!

Astrophysicist Gianluca Masi of the Virtual Telescope Project in Ceccano, Italy explained the above photo.

The image above comes from a single 120-second exposure, remotely taken with the “Elena” (PlaneWave 17″+Paramount ME+SBIG STL-6303E) robotic unit available at Virtual Telescope. Imaging conditions were extreme: 2001 FO32 was incredibly low on the Eastern horizon (11.0 deg. !), with the target almost completely “eclipsed” by the observatory walls, while the sky was brighter and brighter because of the morning twilight. But we were lucky and we could capture the asteroid in two images: here we share the best one!

Like a rock rolling down a hill, asteroid 2001 FO32 picks up speed as it falls inward toward the sun and then slows as it heads back out toward Mars. The asteroid takes more than two years (810 days to be exact) to complete one orbit and won’t pose an impact risk to the Earth for centuries, despite 2001 FO32’s classification as a “potentially dangerous asteroid,” NASA said.

Check out just how close it came to Earth… 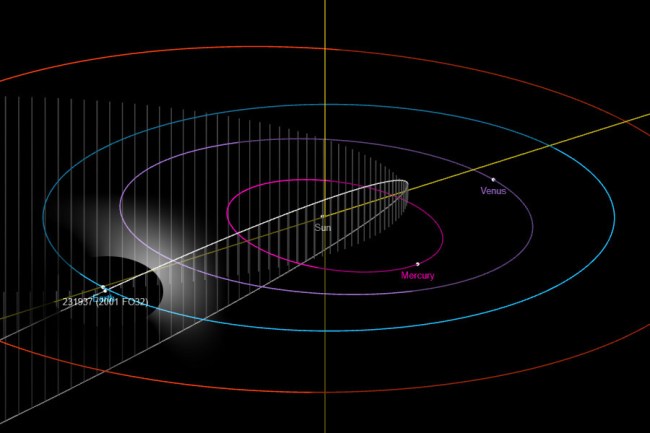 The Virtual Telescope Project also captured very cool footage of Asteroid 2001 FO32 which, unlike most space rocks that pass by the planet, was so big and so close that observers using 8″ or larger telescopes may have been able to detect its motion in real time.