Millions Of Mice Are Terrorizing Australia, Looks Like Something Out Of A Horror Film 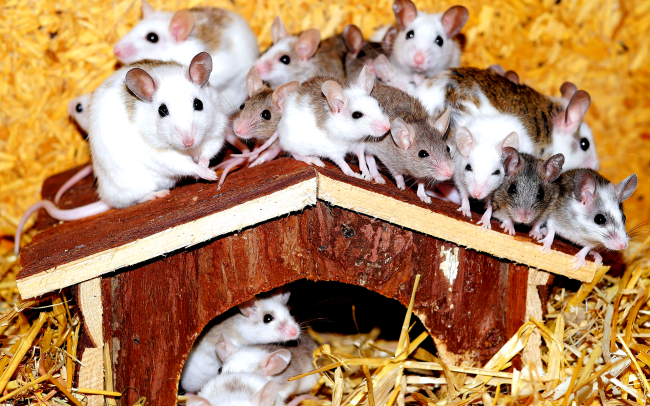 Remember those thousands of aggressive sex-crazed monkeys that were forming rival gangs and taking over buildings, force humans to take cover in Thailand last year? That almost sounds preferable to what’s going on down in Australia where an “absolute plague” of mice are vandalizing everything in their path.

Aussies aren’t even safe inside hospitals as at least three people have been bitten by mice in regional Australian medical centers while being treated for other reasons, reports The Guardian.

Millions of mice have taken over homes, stores, hospitals, and cars in areas of New South Wales and Queensland in what has been described as “an absolute plague” of rodents.

“They are causing serious problems now, with people getting bitten,” Alan Brown, a farmer in Wagga Wagga and member of the NSW Farmers Association, told Guardian Australia. “Rats are at a nuisance level, but the mice are in plague proportions, particularly in the north and west and south-west of the state.”

“What they were doing is they were climbing up the stalks, chewing the grain heads off, and there were more mice on the ground to clean it up,” said Brown.

“There is a motel in the south-west of the state who closed because they couldn’t keep the mice out of the rooms. Just a disaster. And these are people in the tourism industry already struggling … They [the mice] are doing huge damage.”

Brown added that a mature female can breed every three weeks, so keeping up with the buildup of rodents is an uphill battle.

A preview of your next nightmare 👇 this mum of a newborn is at her wits end after being bitten by mice while she sleeps. Watch while one crawls out of her pillow https://t.co/2HElP6AxEz pic.twitter.com/bguENmKTNR

“You can imagine that every time you open a cupboard, every time you go to your pantry, there are mice present,” rodent expert Steve Henry told Reuters. “And they’re eating into your food containers, they’re fouling your clean linen in your linen cupboard, they’re running across your bed at night.”

Actually, you don’t have to imagine it, because the nightmarish footage being captured by Australians of their rodent infestations is all over the internet and in each and every case it looks like something straight out of a horror movie.