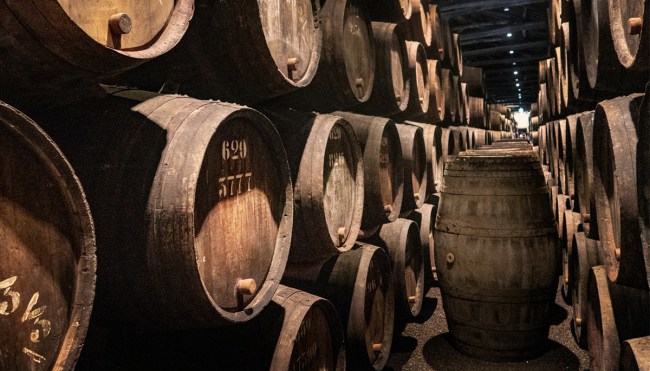 I feel like most fans of whiskey have “Make the pilgrimage to Scotland” on their bucket list, but if you haven’t had the chance to make the trek in person, this comedian’s distillation of your typical distillery tour should give you a pretty good idea of what you can expect while there.

It’s not rare for drinkers to head back home with a suitcase packed with the bottles they plucked after exiting through the gift shop, but some producers also offer visitors who are particularly enamored with their offerings a slightly less practical way to remember their trip by giving them the opportunity to purchase an entire barrel.

In 1988, a Scotch aficionado took advantage of a now-discontinued program offered by The Macallan after purchasing a cask of the single malt for around  $6,500. It’s hard to imagine anyone could simply forget about that kind of purchase, but according to the Press Association, that unnamed buyer managed to do exactly that, which led to the barrel in question chilling in a warehouse at the legendary Speyside distillery for over three decades.

The outlet reports Macallan was kind enough to remind the buyer the liquid was still maturing at its facilities close to 34 years after it was first barreled, and now, the man has become the latest in a long line of people to profit off of the distillery’s acclaimed juice.

According to Bloomberg, the cask recently went up for auction in a sale that was mediated by Whisky Hammer, and when the bidding officially closed on Sunday, an unidentified American buyer secured the lot for the low, low price of $1,295,500.

That shattered the record that was previously held by another Macallan cask that sold for $572,000 in 2020, which only held enough liquid to fill 261 700ml bottles as opposed to the 534 the new owner will be able to add to their collection once they’re exported.