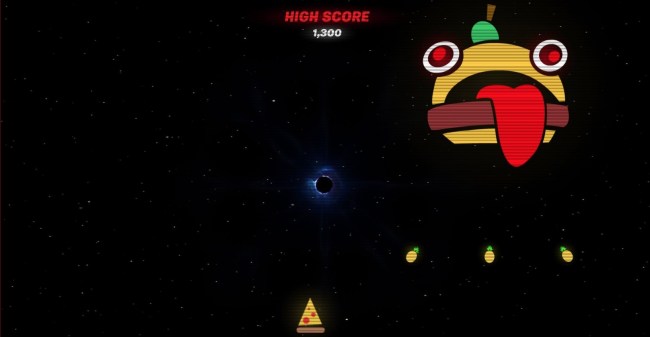 If you’ve been on any sort of social media or tried to log onto Fortnite over the last 24 hours or so you’ve noticed the game is in a blackout.

On Sunday, the game deleted itself after the entire map was sucked into a black hole. This left nothing but a blacked-out screen for the game not allowing anyone to play the insanely popular battle royale game.

It turns out however that you can do something while waiting for the game to kick back off for its Season 11 and it involves one of the most famous codes in video gaming history, the Konami code.

Players can press UP, UP, DOWN, DOWN, B/O, A/X, START/ENTER to play the mini-game on the home screen.

If you do the Konami code, you can play a minigame while you wait.

All is not lost, Fortnite addicts, you can play what looks to be a Space Invaders type game while you wait for the game to come back. At the moment the high-score looks to be just under 93,000 points, so best of luck.

According to Contra Wiki, the Konami code is “a special combination of buttons that appears in several Konami games. It was widely popularized due to its inclusion in the NES home version of Contra (1988), where it allowed the player to obtain 30 free lives. Since then the code has become part of popular culture in general, even appearing in many non-Konami games and diverse media, such as clothing, advertisements and non-gaming related software.”

See, even Fortnite tips its hats to the OG’s of gaming.

It’s unknown at this point when Fortnite will return. It is, however, a safe bet that it will re-launch on Thursday as new seasons have always been dropped on Thursdays in the past. Then again, this entire situation is something we’ve never seen before; there’s no telling what Epic Games decides to do here.