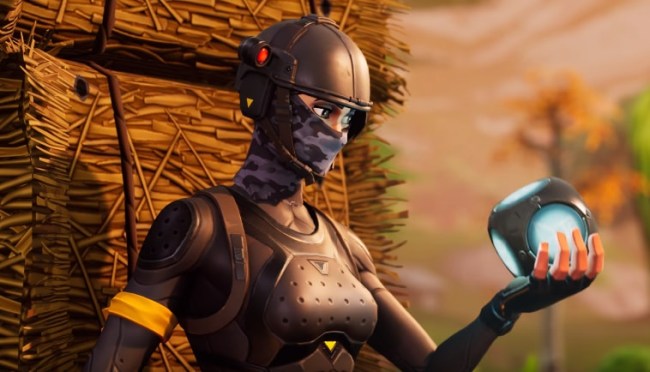 The new grenade builds a defensive structure to “fortify yourself in seconds, all with the flick of a wrist.” The portable fort allows players who are pinned down to instantly build a three-story defensive fort made of metal to protect and elevate them and make the hunted the hunters. The insta-fort features a 1×1 bottom floor with an entry door. There are tires inside the structure so you can jump to the top level of the fort and get a high-ground advantage and blast your enemies.

The V3.5 patch also provides PC and console players with the “replay” system. The new feature offers “a suite of cinematic settings you can now capture your most memorable moments, highlights and cinematics.” There’s also an updated 50 vs. 50 limited time mode.

The patch also decreased how deadly guided missiles can be by decreasing maximum turn rate by 75% and reducing movement speed by 15%. Epic Games also made it take longer to equip powerful weapons with high burst-damage such as shotguns, rocket launchers, hand cannons, and sniper rifles.

This comes a week after Fortnite introduced vending machines to the video game to allow players easy access to weapons and loot. Fortnite Battle Royale is having an astounding release on iOS, making over $15 million in the first three weeks.