Free Advice Corner: Do Not Drunk Drive Through A Taco Bell And Pour Hennessy Into Employees’ Mouths 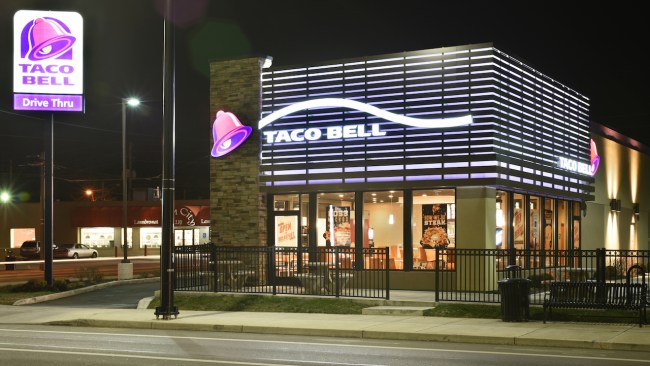 Back in my junior year of high school, I once got into a fight into a McDonald’s parking lot mere minutes after housing a 10-piece nugget, a McDouble, and an Oreo McFlurry. While I won the fight (Mike, you’re still a Grade-A bitch), I ultimately lost the war, as I heaved up my meal in the backseat of my buddy’s F-150 minutes later and had to pay him a couple hundred bucks to get it cleaned. Win some, lose more, am I right?

But while I (and likely you, too) have certainly had my fair share of fast-food restaurant mishaps, they pale in comparison to that of 23-year-old Elianna Aguilar-Aguilar, who was arrested on Saturday, July 20 for pouring alcohol into a Taco Bell employee’s mouth.

According to KOIN 6, the 23-year-old Cornelius, Oregon woman was arrested for DUI after a police officer “saw her pull into the drive-thru of the Taco Bell on 185th and Walker Road in Beaverton and pour alcohol into an employee’s mouth.”

The report states that Aguilar-Aguilar — who admitted to “drinking and smoking marijuana and had a bottle of Hennessy in her car” — did not personally know the employee that she decided to have an impromptu chug-off with at 1:20 in the morning.

Following a sobriety test, officers found that Aguilar-Aguilar had a blood alcohol content of .12, which is 1.5 times the legal limit of .08.

To be fair to Aguilar-Aguilar — aside from the drunk driving and the arrest — sounds like she had what’d I’d call a typical Saturday night: got too drunk, ate some shitty food, and eventually ended the night with disappointment.