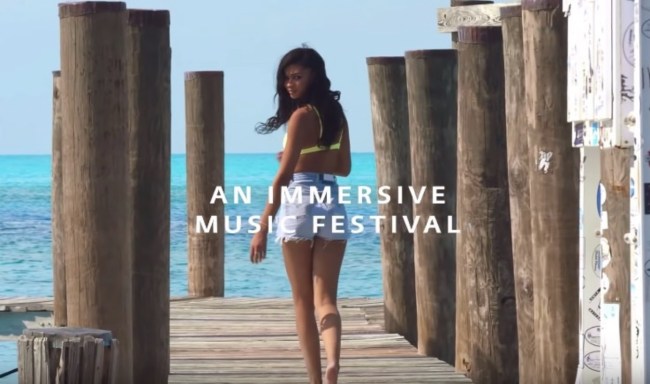 I spent several hours on Saturday watching the two competing Fyre Festival documentaries on Netflix and Hulu. Almost immediately I was transformed into that dude who had to talk about it.

I wasn’t even 30-minutes into the first doc before I was texting friends to ask questions and share disbelief at Billy MacFarland and his crew. I’d watched Fyre: The Greatest Party That Never Happened on Netflix produced by (Fuck)Jerry Media before watching the Fyre Fraud on Hulu and was dismayed by how much Jerry Media/FuckJerry downplayed their role in the disaster by conveniently omitting themselves from the story in the Netflix documentary but that’s a discussion for another day.

We’re here now because FYRE FESTIVAL 2019 is on. Not really, but someone made a parody trailer for the event and what’s hilarious is that I guaran-damn-tee that if they had a link to buy tickets some people out there would still be foolish enough to spend money on it.

Here’s the thing: now that the absolutely COLOSSAL FUCK UP that is Fyre Festival is a few years past and we’ve had time to review how much of a shit show the planning was from every aspect..Why hasn’t anyone gotten busy on planning a REAL Fyre Festival?

It’s obvious that there were plenty of rich millennials out there willing to spend thousands of dollars each (tens? hundreds?) for an exclusive festival experience. Why hasn’t anyone planned this out right yet? It’s certainly possible to execute a music festival correctly if you’ve got several years to do it right.

When is someone going to take advantage of the want/need for millennials to spend a shit ton of money on a vacation where they can party until their noses bleed and share it all on Instagram?