Gal Gadot’s Wonder Woman RUMORED To Appear In ‘The Flash’ Alongside The Batmans (Batmen?) 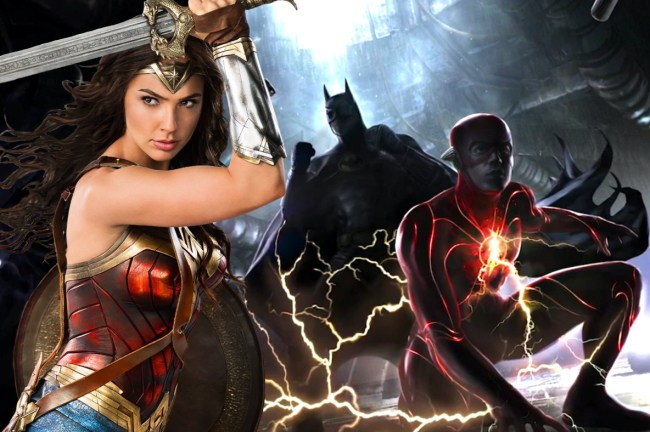 Earlier this week, the devastating (okay, maybe that’s a little too strong of the world, but I love and miss movies, man) news broke that Warner Bros. was shifting their upcoming slate of movie releases, with Dune, The Batman, Shazam! 2, and The Flash all being pushed back into 2022 and 2023.

Oddly enough, though, Wonder Woman 1984 — which was originally supposed to be dropped all the way back in June — is still holding on to its currently scheduled Christmas Day release date, despite the fact that it’s obvious that’s not going to happen. And that’s a damn shame because the original Wonder Woman is probably the best DCEU film thus far and the sequel actually looks even better.

You certainly can’t blame Warner Bros. and DC for trying to get WW84 into theaters this year, though, as Gal Gadot’s Wonder Woman is arguably one of the most beloved superheroes to currently be featured in live-action cinema. Gadot is the cornerstone of the franchise and Warner Bros. knows that, as evidenced by recent rumors that she’s set to appear in The Flash, which is already set to feature *both* Ben Affleck’s and Michael Keaton’s Batmans (Batmen?).

Currently, another Justice League legend is being roped into a brand new adventure in the DCEU. Gal Gadot is being pursued to join the cast of The Flash, reprising her role as Diana Prince. Wonder Woman is looked to be a small supporting role, although we cannot offer any additional insight into how exactly she will factor into the story at this time. [via The Illuminerdi]

At this time, The Flash — which is shaping up to completely revolutionize the DCEU, if it ever comes out — is set to hit theaters in the United States on November 4, 2022.