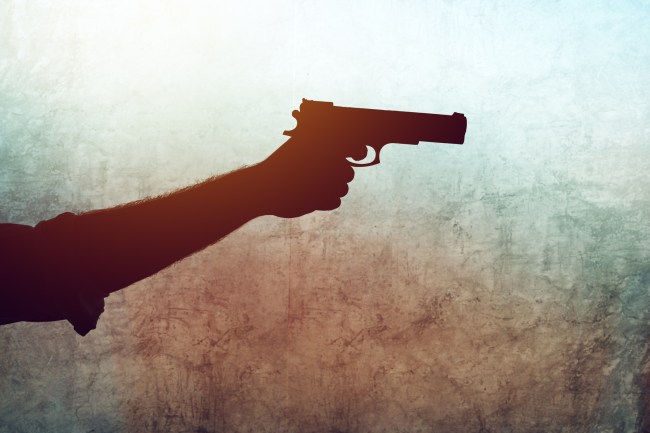 The Boss of the Gambino Crime Family, Francesco “Franky Boy” Cali, was gunned down and murdered in front of his house in Staten Island last night after a rise in mafia activity across the five boroughs in recent months.

It’s been a long time since the Boss of a New York City crime family was killed on the streets. The last one to get hit was the then-Gambino Family crime boss Paul Castellano whose murder was ordered by ‘Dapper Don’ John Gotti at Sparks Steakhouse in midtown Manhattan. That was in 1985.

Mob bosses don’t get murdered very often, and when they do it’s usually in a high-profile location like a steakhouse in midtown Manhattan. This is a sign of respect, apparently, and killing Franky Boy Cali in his front yard with his kids in the house has rubbed some people the wrong way.

Cali, 53, was shot several times and run over in front of his brick mansion in the lavish Todt Hill neighborhood at about 9:20 p.m. His wife and young children were inside, police sources told The Post.

The gunman sped off in a blue pickup truck after the hit, which one source described as “disrespectful” because it took place near his family home in an outer borough.

“Even Gotti had more respect,” one police source told The Post. “He did it out in Manhattan.” (via)

A neighbor reportedly called 911 after hearing ‘6 or 7 shots’ and the NYPost spoke with other neighbors in quiet neighborhood who had absolutely no idea that they were living so close to the boss of one of New York City’s major crime families.

“I’ve seen the [mob] movies . . . but I’ve never seen any activity that we feel at all that there’s something strange about this area,” said Prashant Ranyal, 39, who lives blocks from the scene.

“You never know who your neighbors are,” a 58-year-old local named Salvatore told The Post.

During his life in the mafia, Francesco “Franky Boy” Cali only ever saw prison time once after spending 16 months behind bars for an ‘extortion’ conviction tied to a failed attempt to bring a NASCAR track to Long Island.

Franky Boy Cali was born in Sicily and was known for infusing the crime family with a new crop of gangsters immigrated from Italy as well as a rise in the illegal OxyContin and Heroin trade, and on that last part, I’d just like to say fuck this guy. I personally knew several people, one was a good friend, who have overdosed in the past few years on opioids and they all initially got addicted to OxyContin which led them down the path towards death.

The Post notes that this whacking of the Gambino Family boss is part of an uptick in mafia activity across NYC in recent months including John Gotti’s 71-year-old brother Gene being released from prison back in September and 71-year-old Bonanno family associate Sylvester Zottola being murdered back in October.