A new Game of Thrones fan theory says that there are more dragons coming to Westeros, possibly to help Daenerys Targaryen sit on the Iron Throne by destroying Cersei Lannister and Euron Greyjoy. The three baby dragons will be the offspring of Drogon, who snuck off seasons ago to lay the eggs. Here come the Game of Thrones spoilers and possible predictions for the final two episodes.

In the latest episode of Game of Thrones titled “The Last of the Starks,” Euron Greyjoy killed Rhaegal with new and improved Scorpio crossbow weapons from Qyburn that were mounted on ships in the Iron Fleet.

Dany lost her first dragon in Episode 6 of Season 7 when the Night King won all of the javelin awards with this amazing kill-throw that took down the mighty Viserion, which he later reanimated into a zombie ice dragon.

Now Dany has only one dragon left… Drogon. But eagle-eyed Game of Thrones fans spotted something very peculiar in this week’s intro at the 1:32-mark

In the opening credits, if you look closely at the astrolabe, there is one large dragon with three much smaller dragons. Coincidentally, also seen next to the four dragons is a comet, and in the Game of Thrones prophecies that means that Azor Ahai is coming. “The red comet blazed across the sky to herald his coming, and he bears Lightbringer, the red sword of heroes.” 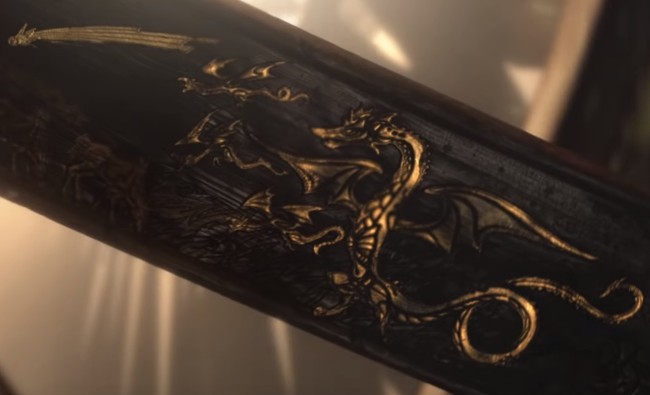 Two weeks ago, actress Emilia Clarke promised that Episode 5 would be “even bigger” than the Battle of Winterfell episode that killed off the Night King. Could “even bigger” mean more dragons? 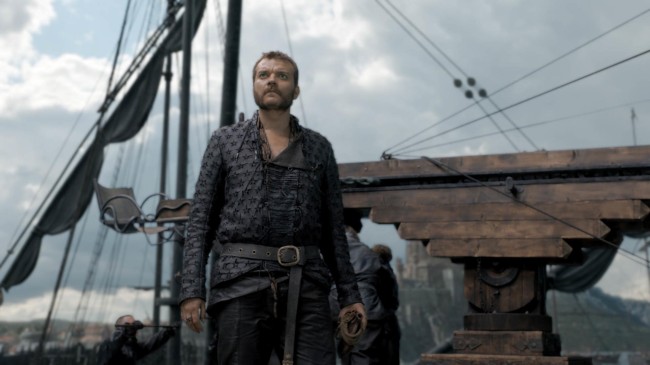 Perhaps Euron is so concerned because this is what he saw in the sky.

What Euron sees in the sky next episode… #gameofthrones pic.twitter.com/xDlt7iuSFs

Is it because Euron was informed that Daenerys Targaryen only had one dragon left and now there are four dragons flying towards his Iron Fleet?

Game of Thrones fans point out that Drogon disappeared in Season 4. Could the mysterious disappearance give time for Drogon to secretly lay eggs? In Episode 1 of Season 5, Khaleesi is having some pillow talk with her lover and general Daario Naharis. Dany has locked up Viserion and Rhaegal in a cave and Drogon has not been seen for several episodes.

“No one has seen Drogon in weeks, for all I know he’s flown halfway around the world,” Dany tells Daario. “I can’t control them anymore.” Perhaps no one saw Drogon becasue it flew to an area made for breeding dragons such as the Shadow Lands, Asshai or the Wastelands beyond Lhazar, all in Essos.

So maybe the new dragons could be as big as the original dragons were in Episode 1 of Season 4?

RELATED: George RR Martin Says One ‘Game Of Thrones’ Character Has Gotten Way Too Much Airtime And Is ‘Unimportant’

In a Q&A, Martin said how the dragons could “change sexes in response to their environment and the presence of other dragons and things like that. Anything is possible.”

In In Fire & Blood, Martin’s new ASOIAF history book of the Targaryen dynasty, the author explained that a dragon named Vermax was able to change its sex.

“Whilst it is true that determining the sex of a living dragon is a nigh on impossible task, no other source mentions Vermax producing so much as a single egg, so it must be assumed that he was male. Septon Barth’s speculation that the dragons change sex at need, being ‘as mutable as flame,’ is too ludicrous to consider.”

Whatever you think about this Game of Thrones fan theory, there is no denying that baby dragons are adorable.

RELATED: The Plot Of The Final 2 ‘Game Of Thrones’ Episodes Apparently Leaked That Spoil The Ending And Oh Boy!