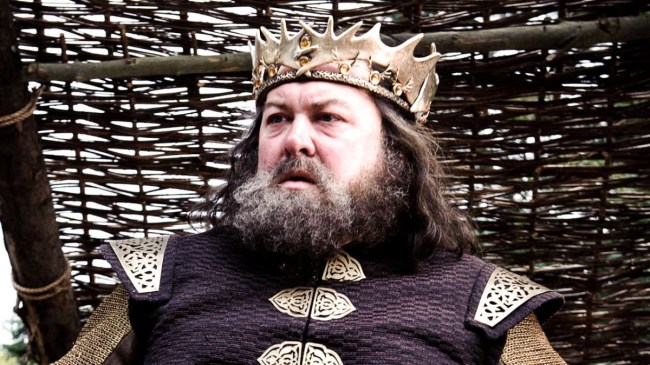 We are less than five hours until the Game of Thrones series finale. There is still so much to wrap up and only 80 minutes to do it in. One Game of Thrones fan theory hints that history will repeat itself in the finale episode and a familiar family will sit on the Iron Throne once all is said and done.

We’ve enjoyed so many Game of Thrones fan theories (read them HERE) throughout the years, most of which didn’t come true and weren’t even close. That being said, to their credit were more imaginative and better written than what the writers have given us in Season 8. We’ll look at one last final Game of Thrones theory for the series finale.

This series finale prediction is based on the history of George R.R. Martin’s A Song of Ice and Fire books and what has already transpired in the hit TV show. The theory suggests that history will repeat itself and the actual game of thrones doesn’t change, only the players do.

RELATED: Hidden Meaning Of Arya’s White Horse From ‘The Bells’ Episode And What It Means For ‘Game Of Thrones’ Finale

So we’ve got some familiar families left battling it out for the Iron Throne: Lannister, Targaryen, Baratheon, and Stark. Daenerys Targaryen said they’re all just spokes on the wheel. “This ones on top, then that ones on top and on and on it spins crushing those on the ground.” What if the wheel is ready to turn on Daenerys Targaryen and maybe it will be the Starks or the Baratheons on top?

This Game of Thrones fan theory comes to us via the GoT Theories Reddit from user nzjamesk. The prediction is that the events that shaped Westeros for Robert Baratheon to become king of the Seven Kingdoms will come together in a similar fashion to bring Gendry into power and sitting on the Iron Throne.

If you know your Westerosi history, you know that Robert’s Rebellion or the War of the Usurper ended the Targaryen dynasty. The civil war started after Rickard Stark, head of House Stark, was burned alive with wildfire at the order of King Aerys II. This was after King Aerys II had transformed into the Mad King and was killing people for no reason other than wanting to kill people. Sound familiar?

Another cause of Robert’s Rebellion was because Prince Rhaegar Targaryen, who was the Mad King’s son, was said to have kidnapped Ned’s sister, Lyanna Stark. We now know that Lyanna was not kidnapped, but secretly eloped with Rhaegar and gave birth to Jon Snow AKA Aegon Targaryen before dying.

The Starks banded together with House Baratheon to lead an uprising to take out the Mad King. About 20 years before the events of Game of Thrones, the revolt was punctuated by the assassination of Aerys II Targaryen by Jaime Lannister, who was ironically a member of the Kingsguard. So we have many of the same players in potentially identical situations from before Robert’s Rebellion.

Daenerys Targaryen descended into the Mad Queen and is the equivalent of the Mad King Aerys II Targaryen.

Tyrion Lannister is serving a Targaryen in power in Dany, much the way Jaime served Aerys II Targaryen.

We have a Baratheon in love with a Stark with Gendry and Arya in the same way Robert Baratheon was smitten with Lyanna Stark.

Will Dany have Jon executed for not fighting in the King’s Landing rampage? Would that be grounds for charges of treason? Could Daenerys send him to prison or give him a death sentence? This would be like Rhaegar Targaryen “kidnapping” Lyanna Stark, which started the first rebellion.

Will Sansa Stark call on Robert Baratheon’s bastard son Gendry to join her in a rebellion against Daenerys Targaryen? Will soldiers of the Stormlands join the North’s military for Sansa’s Rebellion against Dany? Or will Dany attempt to murder Sansa because she knows Jon’s true heritage as the rightful heir to the Iron Throne? Daenerys already said that Sansa betrayed her and killed Lord Varys for an act of treason.

Or could Dany murder Jon Snow and that is the act that ignites the Starks and Baratheons to join forces to take down the Mad Queen?

Tyrion is Dany’s Hand of the Queen, could he stab Daenerys in the Throne room and become the new kingslayer in the same way his brother Jaime once did?

Jon Snow has said repeatedly that he doesn’t want the throne, which could open up the Iron Throne for Gendry Baratheon. This would allow Jon to return to be the Warden of the North like Ned Stark or Sansa Stark could be the Wardeness of the North.

Maybe after seeing all of the death, is it possible that Arya Stark is riding her white horse to accept Gendry’s marriage proposal? They could get married and we could finally have a Queen Stark and King Baratheon to rule over Westeros.

RELATED: 101 MORE Of The Best ‘Game Of Thrones’ Memes From Episode 5 To Get You Ready For The Series FINALE