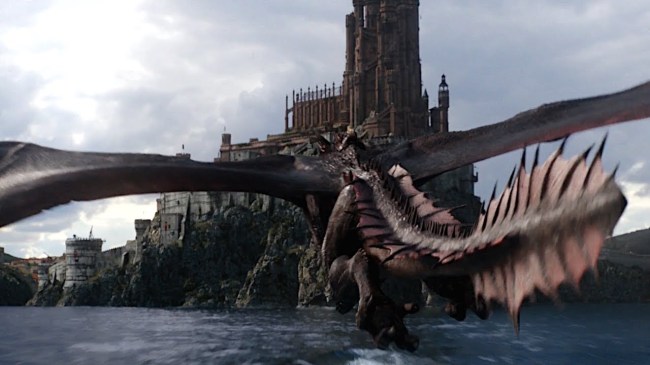 Drogon put on quite the spectacular fire extravaganza last episode, which resulted in mass casualties in the Westerosi capital that has a population of a million people. There were a few main characters of Game of Thrones that were thought to have been killed off in the siege of King’s Landing. However, a new Game of Thrones fan theory suggests that a character you assumed died is actually still alive.

A fan theory has come forward with a shocking hypothesis that Jaime Lannister is still alive. Despite being in the cellars of the Red Keep with his sister/lover Cersei and having the entire Red Keep collapse upon them, there are fans who truly believe that Jaime survived the seemingly inescapable death in Episode 5 of Season 8.

In “The Bells” episode, Jaime, Cersei and their unborn baby were trapped in the cellars of the Red Keep because rubble blocked their escape route. The ceiling crashes down all around them and you assume that they are all dead. The theory says that the Kingslayer survived.

RELATED: Hidden Meaning Of Arya’s White Horse From ‘The Bells’ Episode And What It Means For ‘Game Of Thrones’ Finale

Thanks! Holding that one for a bit…

Hibbert did interviews with Lord Varys actor Conleth Hill, Cersei Lannister actress Lena Headey and The Hound actor Rory McCann and released them after their deaths in the penultimate episode.

RELATED: ‘Game Of Thrones’ ‘The Bells’ Episode Was The Worst Rated In The Show’s History

Many of the Game of Thrones actors have said goodbye to their co-stars in touching posts on social media.

But there doesn’t seem to have been any sendoffs to Jaime Lannister or Nikolaj Coster-Waldau. Especially by Lean Headey or GoT actress Gwendoline Christie, who plays Ser Brienne of Tarth. Could the Kingslayer emerge from the rubble to become the Queenslayer? We’ll have to tune into the Game of Thrones series finale on Sunday.

RELATED: Think You’re Having A Bad Monday? Imagine Being One Of The 560 Parents Who Named Their Baby ‘Khaleesi’