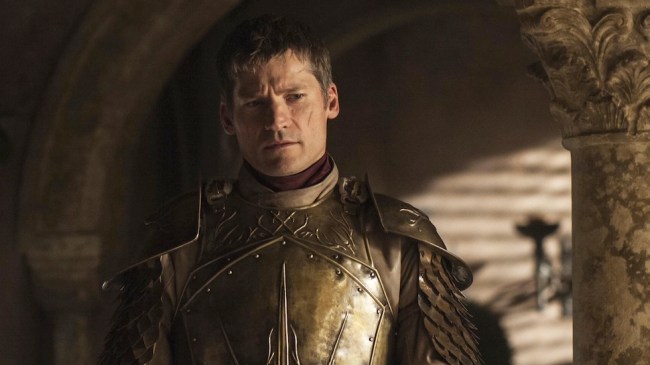 The season seven finale of Game of Thrones aired on August 27, 2017. Take a second to think about how long ago that was and how much has happened in your own life since that Sunday night. It’s cool. I can wait.

Yeah, it’s been a while.

With the eighth and final season coming in hot, it’s been a scramble to get caught up and refresh our memories about what happened oh so long ago in season seven.

Of course, everyone remembers pivotal moments like Daenerys finally landing in Westeros and meeting Jon Snow, the recently crowned King of the North. There was also Arya returning to Winterfell, Sam discovering the truth about who Jon really is, and the Night King getting himself a dragon and using it to bust a hole through The Wall.

But what about some of the little stuff that might have gotten forgotten in the nearly two years since Game of Thrones was last on?

Here are five things you might have forgotten happened during the show’s seventh season.

1. Meera Reed Got the Shaft 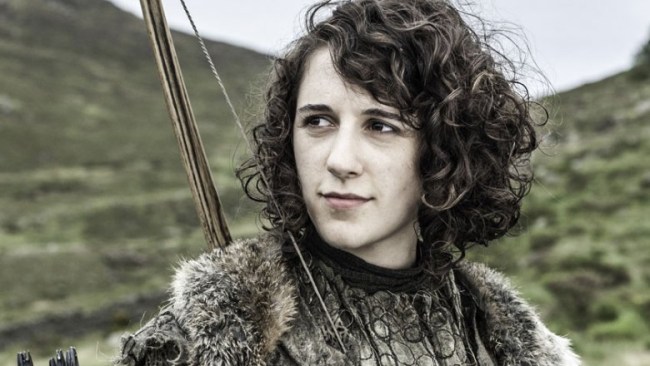 Meera had been riding with Bran since season three, when she and her brother Jojen found the Stark boy, his brother Rickon, Hodor, and Osha fleeing Winterfell after Theon took it.

As the group embarked on their vision quest north of The Wall, Meera became the group’s heavy, protecting them from the various dangers they encountered along the way. Bran would go on to further his ability to warg and become the Three-Eyed Raven but there’s a good chance none of that would have happened if not for Meera having his back.

In addition to being Bran’s bodyguard, Meera also took on the role of transporter, lugging Bran back to The Wall after the Night King and his crew descended upon the Three-Eyed Raven’s cave. Meera was a trooper and time and again proved her worth to Bran, who became somewhat of a weirdo.

Meera’s job was to keep Bran safe and get our all-seeing dude back home to Winterfell after the Night King’s assault and by God she did it. Bran was reunited with Sansa and Arya and you’d think that after a good night sleep he’d be down to thank the person who was most responsible for him being there.

Meera got a thank you but it was from a Bran who was so zonked out on being the Three-Eyed Raven that it was a tad bit on the empty side. Meera didn’t want money nor did she want a medal or really any kind of recognition for what she’d done. However, a genuine thank you from Bran, someone she had done so much for and someone her brother had died for, would have been nice.

Apparently, Bran can see everything except for how to properly treat one’s friends.

The funny thing about Meera is that her father is Howland Reed, who was with Ned Stark at the Tower of Joy when Ned learned the truth about Jon. With the big revelation about Jon being one of the things fans are most looking forward to this season, you have to wonder if Howland will somehow factor into everything.

Is that how Meera gets back into the mix? I guess we’ll find out

2. Melisandre Left (But She’ll Be Back) 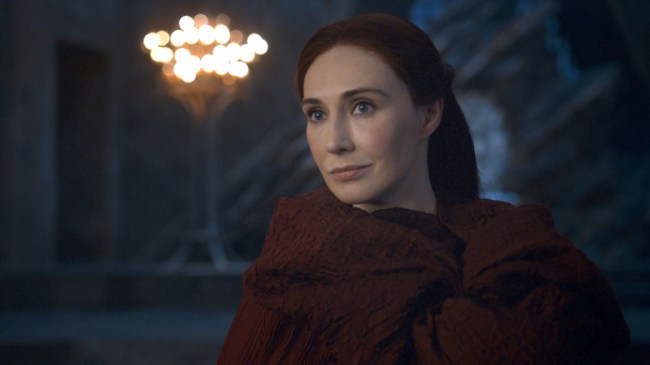 After Daenerys landed on Dragonstone and started laying out her plans for conquering Westeros, Melisandre appeared. Having been booted from the North by Jon after Davos called her out for murdering Shireen, no one was sure we’d see the Red Witch again. But there she was, popping back up where we first met her.

She gets credit for helping bring Jon and Daenerys together and for that, we’ll always be thankful.

However, she did order that Shireen, a little girl who was super sweet and taught Davos to read, be burned at the stake. At the very least, those two things cancel each other out and she currently sits at zero.

After playing matchmaker and getting Aunt and Nephew together, she told Varys she was getting the hell out of dodge by heading back east

So we’ve seen the last of her, right?

Not so fast, my friend!

The last thing she said to Varys was that, like him, she was supposed to die in Westeros, and Melisandre is nothing if not a devoted and a true believer of the Lord of Light. If he says jump, she says how high. If he says burn an innocent girl alive, she says get me some wood. As a result, if the Lord of Light prophesized that she was to die in Westeros, you better believe that’s what she’ll be looking to do.

But why would she come back? Does Jon die again and she returns to bring him to life? Does someone else important die? Does everyone die before Melisandre takes a red-eye to Westeros, rolls her sleeves up, and gets to work?

You’d have to imagine her return, whenever it happens, will mean something. We’re in the home stretch; nobody’s looking to waste time with pointless appearances from characters who have left us.

If she comes back, it best mean something.

3. Thoros of Myr Was Killed By a Zombie Bear

Thoros, the only other person besides Melisandre who has brought someone back from the dead in Westeros, met his match in the form of an effin’ zombie bear. Yeah, a zombie bear. Let this serve as your daily reminder that Game of Thrones is nuts.

His death, along with logic and one of Daenerys’ dragons, were the main casualties during Jon’s trip beyond The Wall with his posse. Jon is keeping the man bun alive, but he’ll never have one as prominent as Thoros.

We didn’t get to hang out with Thoros all that much, but when we did, it was clear that he was certainly an interesting hang. He was also the only thing keeping Beric Dondarian alive, having brought his buddy back a handful of times. 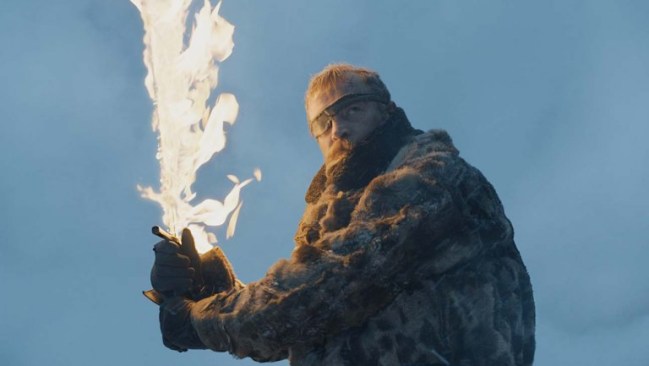 Beric and his flaming sword will likely be a key player in the upcoming Great War—the one pitting the living against the dead—and him not having his dude around to bring him back if he’s murdered raises the stakes for him. As De La Soul once said, “stakes is high.”

Up until now, Beric had been living his life like one of the main characters in a Marvel movie. Regardless of what happened to him, you could take comfort in knowing he’d be around for the sequel. But now, like them, he’s reached the endgame.

On top of having the ability to bring Beric back, Thoros was apparently a pretty solid warrior and with at least two wars penciled in for this season, a fella who knows his way around a sword would have had immense value.

And on yeah, ZOMBIE BEAR! 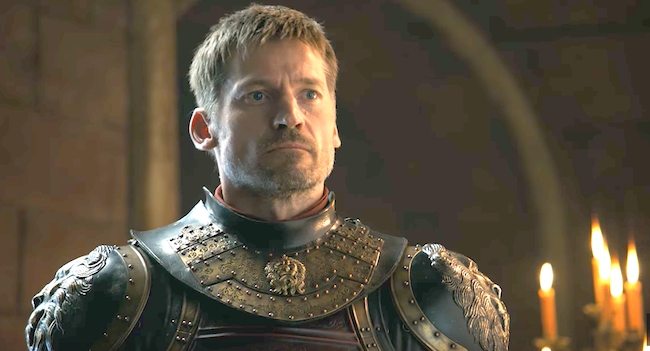 As the season finale was coming to a close, we saw Jaime heading north as snow started to fall down on King’s Landing. He had finally had enough of Cersei, and being the true soldier that he is, felt compelled to honor his vow to protect the living. If Jaime had been in a redemption arc over the course of these last few seasons, it definitely seemed that (like the show) he was in the home stretch of landing in the open arms of our good graces.

And what a redemption arc it was. Remember: Jaime pushed Bran out the window—IN THE FIRST EPISODE!—but cut to a few seasons later and we’re all sitting there, wrestling with the reality that we might have started rooting for him.

Again, Game of Thrones is nuts.

What might have been overlooked as Jaime left King’s Landing, however, was that he was doing so alone. Bronn, who had rolled with a Lannister since we first met him back in season one, was nowhere to be found.

Was that intentional or just an oversight on the show’s part? Jaime did seem to leave in a rush and was probably a little fearful for his life after turning his back on Cersei but how hard would it have been to give Bronn a holler before leaving to see if he was down to roll with him? 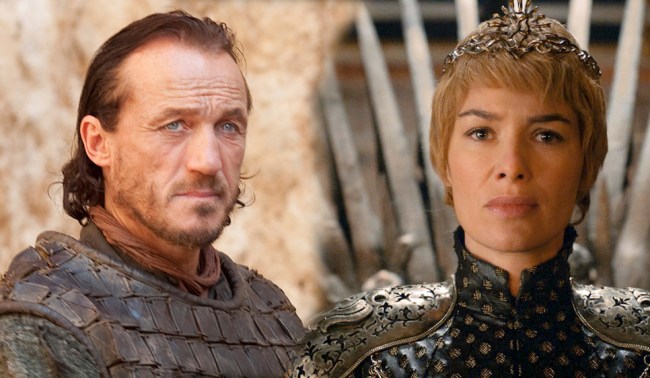 Will Bronn align himself with Cersei in Jaime’s absence? It’s a stretch, but again, Jaime pushed a kid out the window and then became a fan favorite. Game of Thrones laughs at your idea of something being a stretch.

The show isn’t going to leave Bronn on the sidelines for its last season. True, the show has delighted in effin’ with its audience on numerous occasions, but bailing on a fan favorite like Bronn at this point might be a step too far, even for them.

If I had to guess, I’d say he either joins Team Cersei or catches up with Jaime in the Riverlands and they head north together, but there’s no way we don’t see Bronn again.

5. Ed Sheeran Was In an Episode 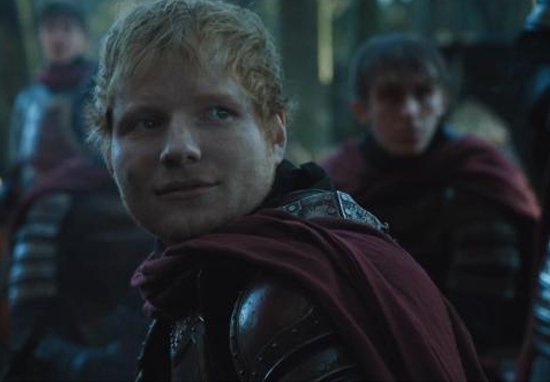 This isn’t super important, but it bothered me then and bothers me now.

I could see maybe doing it halfway through the season to spice things up a bit but there was zero need to add some juice to the premiere. The juice was Daenerys finally landing on Dragonstone. That’s juice.

Ed Sheeran is one of the biggest pop stars in the world and his cameo was jarring. You’re like, “Oh, that’s Ed Sheeran.” You weren’t like, “That Lannister soldier looks like someone I know,” which was the reaction if and when you noticed that one of the musicians playing at the Red Wedding was the drummer for Coldplay. The whole thing felt like they were being cute, which is something I’d expect from a bush league show looking to boost ratings, not Game of Thrones.

I swear to the old Gods and the new, Game of Thrones, if you pull that nonsense again this season there will be trouble.

Yeah, that kind of trouble.