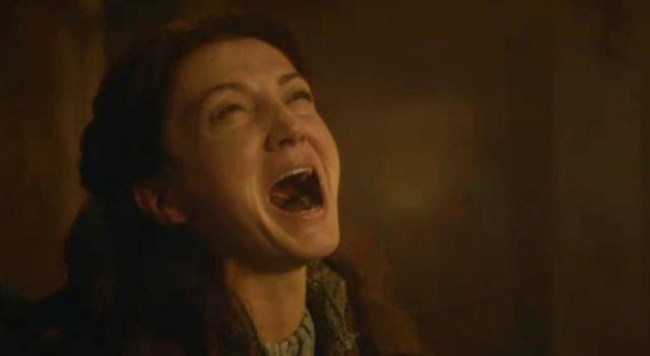 🚨🚨🚨MAJOR SPOILERS FOR THE FINAL SEASON OF GAME OF THRONES🚨🚨🚨
We haven’t gotten very many spoilers about the last season of Game of Thrones mainly because they just started filming in late October and production is expected to last until the end of the summer. We’ve heard it’s “going to be the greatest thing that’s ever aired on TV” according to Khal Drogo. But now we get our first Game of Thrones spoiler and it as a DOOZY!!!

The information is incredibly important to the outcome of Season 8 and so you should take a step back and think about whether you want to find out about this crucial spoiler. Once you see it you can never unsee and you will be saddled with this knowledge until Game of Thrones returns sometime in 2019. Think long and hard if you really want to cheat and reveal some endgame insight into the epic last season.

Are you sure? This is a nuclear-level leak.

Much of the Game of Thrones cast and crew have been filming in Moneyglass, Northern Ireland this week. That is where the set for Winterfell is located. Well, where it used to be located. That is because the entire Winterfell set was burned down. On purpose. Videos show the home of the Starks set ablaze. This wasn’t just a little kindling, the entire Winterfell set was burned down. AND WILL NEVER BE USED AGAIN. To add the significance of this moment, there was said to be up to 500 extras on set which is as grand of a scene as the epic Season 6 episode “Battle of the Bastards.” An earlier leak hinted at ginormous battle sequences in Season 8.

The question that arises from this situation is what causes this world-ending fire? Will the flames be set in blue with special effects because the Knight King instructed zombie Viserion to burn Winterfell down? Or is it one of Daenerys Targaryen’s dragons? Tyrion Lannister and Cersei Lannister also enjoy burning things down with wildfire. We did learn that Winterfell is in close proximity to the first scene of Season 8. Check out why Peter Dinklage thinks “its the perfect time” to end Game of Thrones.