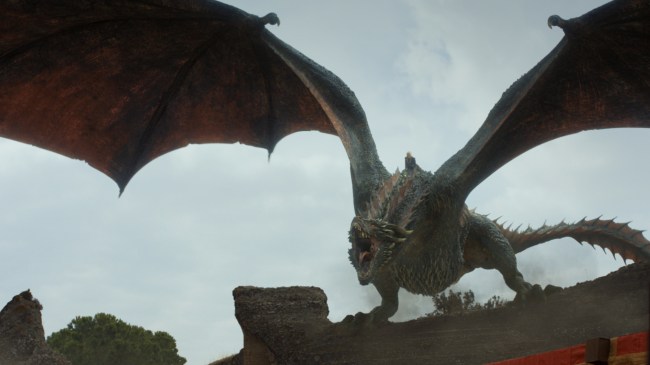 I don’t know about you bros but I’ve been in serious Game of Thrones withdrawal for months. It’s the best Fantasy/Action series to ever grace our TV sets, and while it’s a massive bummer that there’s only one season left it’s also incredibly exciting that we’ll finally get to see where the show is headed and how the war for Westeros will conclude.

We’re in the ‘off season’ in terms of Game of Thrones content but this is still an incredible piece of ‘news’ from the show’s Sound Designer, Paula Fairfield. In an interview on WNYC’s Radiolab, Paula discussed the origins of the sounds that Drogon and the other dragons make when Daenerys is around.

Her full title is “Daenerys of the House Targaryen, the First of Her Name, The Unburnt, Queen of the Andals, the Rhoynar and the First Men, Queen of Meereen, Khaleesi of the Great Grass Sea, Protector of the Realm, Lady Regnant of the Seven Kingdoms, Breaker of Chains and Mother of Dragons“. You’d think that being the ‘mother’ of dragons there wouldn’t be anything subvertly or overtly sexual about her relationship with her kids, but the Sound Designer saw it differently. When Drogon and the other dragons were babies the noises they’d make towards Dany were akin to catcalling and whistling. This was supposed to hold significance because Daenerys named Drogon after her late husband Khal Drogo, her lover. Things have changed over time and the sounds Drogon is making now are hilarious in origin.

As Drogon’s grown larger over the seasons, the sounds he makes and the way Daenerys interacts with him have changed drastically—something Fairfield carefully factored into her work. Though the dragon doesn’t chirp much any more, Fairfield made a point of giving Drogon a distinct purr that would manifest during moments with Daenerys to indicate their closeness. And just what real-world noise is a dragon’s purr based on? Tortoises having very loud tortoise sex:

“The groan of the male actually became—with some work and adjustments and stuff—the source for Drogon’s purr with Daenerys. The funny thing about the purr with Drogon was watching people watching [the show] and giggling when they heard it, but not really knowing why. To me it’s because it had that essence—that kind of sensual, sexual essence.” (via)

That’s right. Those noises you’re hearing from Drogon in recent seasons are tortoises having loud sex. If you’ve never seen a clip of just how loud and hilariously awkward that is I highly suggest clicking here to check out one of those weird ass clips on YouTube. Why are there so many clips of ‘loud tortoise sex’ on YouTube? I wish I knew, bros, I wish I knew…