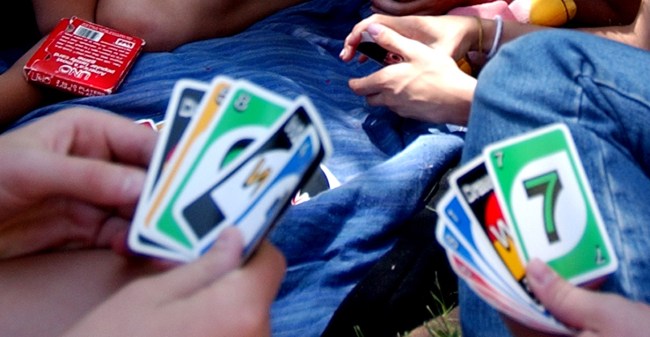 Last year, the official UNO Twitter account informed many of us that we having been playing the classic card game, invented way back in 1971, wrong for the past five decades or so.

The revelation surrounded the game’s Draw 4 and Draw 2 cards and despite many, many, MANY disagreements, over many, many days, the UNO Twitter account held firm in its stance on the rules of the game.

Guess what happened this week?

Go ahead, roast us.

imagine not knowing how to play your own game

Feeling better than ever 😈

Regardless of what the official UNO Twitter account says or how hard it tries to convince people that it knows what its talking about when it comes to the rules of the game, many folks who play UNO just refuse to fall in line.

For the record, the official UNO rulebook states after playing a Draw 2 “the next player must draw 2 cards and lose a turn.”

Oh, and in case you were wondering…

Skip: The next player is “skipped”.

Reverse: Reverses the direction of play.

Draw 4: Changes the current color plus the next player must draw 4 cards and lose a turn.

Wild Card: Play this card to change the color to be matched.

Challenge Draw 4: If you think the player who played a Draw 4 on you has a card of the matching color, you can challenge this player. If you are right, this player must draw 4 cards instead of you. Otherwise, you’ll draw 4 cards PLUS 2 extra cards!

7-0: When someone plays a 7, that player must swap hands with another player. When anyone plays a 0, everyone rotates hands in the direction of play.

Force Play: If you draw a playable card, it will be played automatically.

Continue to fight amongst yourselves.