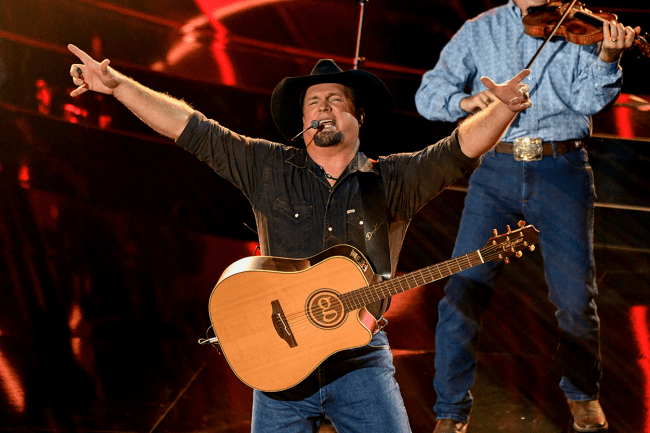 There are very few environments in all of sports that are as rowdy and deafening as (the real) Death Valley on a Saturday night in the fall. When 100,000 LSU fans gather to cheer their team to victory, it’s an atmosphere unlike any other.

Prior to every home game, a familiar tune plays over the loudspeaker and every single Louisianimal in attendance joins in with full voice to sing a rousing, goosebump-inducing rendition of Garth Brooks’ smash hit ‘Callin’ Baton Rouge.’ Of course, it is being sung in Baton Rouge.

Every single person in the stadium knowns every word and belts it out. There’s really nothing else like it.

Well, on Saturday night, the man himself stopped by Tiger Stadium to perform in front of 127,000 fans.

It was a packed house. In fact, Brooks’ performance was the second-largest single artist concert in North American history.

Garth Brooks in Tiger Stadium was absolutely electric. Death Valley at night is always, and forever the greatest place on earth. #GeauxTigers pic.twitter.com/epcRGgIOl8

Next time some says to me, “Ew, why do you live in Baton Rouge?” I’m going to tell them about the time I covered SEC baseball and walked over to a Garth Brooks (AND TRISHA YEARWOOD!) concert that had 100,000 people at Tiger Stadium. Absolutely epic night. pic.twitter.com/gB73ilRjzG

Although Brooks’ catalog is packed full of bangers, none drew the reaction of Callin’ Baton Rouge, of course. When the band started to play the ever-famous fiddle open, the place went nuts.

From there, Brooks and half of the population of Baton Rouge joined together to sing as one and it was incredible.

Death Valley was crazier on Saturday night than during an early-season game against an FCS opponent. Heck, the atmosphere might have rivaled an SEC game in late October. It was electric.

If that doesn’t give you some serious chills, you might want to check your pulse. That’s better than a shot of espresso. What an environment.